What pro-life Canadians can learn from the American election

It has been a week and I still can’t stop smiling.

Yes, I’m talking about the American election and no, I’m not referring to the election of Donald Trump as the next President of the United States of America.

The biggest win last week has gone largely unnoticed by pro-lifers here in Canada. For the first time ever, there is a majority of pro-lifers elected in the House of Representatives, the Senate, along with a President who is willing to sign pro-life legislation into law and appoint pro-life justices to the Supreme Court.

And that should put a giant grin on your face, too!

So how did they do it?

Starting in the early 1990s, American pro-lifers realized that the greatest way to affect change in the law to protect women and children is by getting involved in politics. This was not a repudiation of the effective work of Operation Rescue, the numerous crisis pregnancy centres across the Republic, or the future advent of the international prayer campaign of 40 Days for Life. It was a realization that it was time to get the law to reflect and lead American culture toward the protection of life. 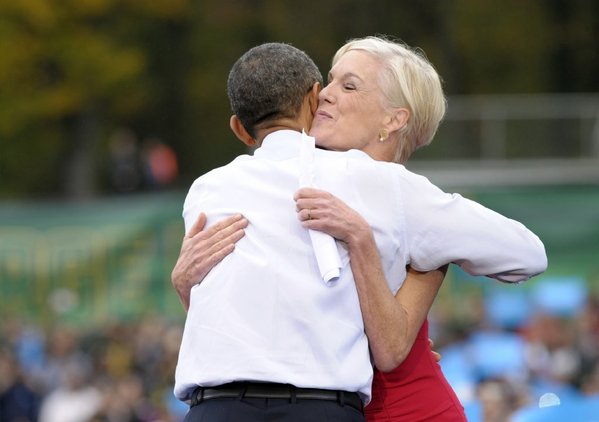 Not only was Barack Obama pro-abortion, he was in favour of late-term abortions, partial-birth abortions and pushed for using American taxpayer dollars to fund abortions overseas.

We have a pro-abortion Prime Minister, who has instructed his party to not allow pro-life candidates, speaks openly of his fondness for Planned Parenthood, and uses Canadian taxpayer dollars to fund abortions overseas.

Monkey see, monkey do, I suppose. 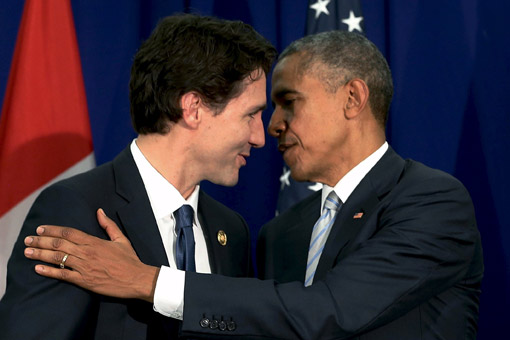 Obama and Trudeau whisper sweetnothings to each other. #bromance

But the American political pro-life movement didn’t accept this as a fait accompli.

They pulled up their collective bootstraps and instead of working harder, they worked smarter.

They used the election of the most extreme pro-abortion president in American history as an opportunity. The American pro-lifers targeted key states where they could win majorities in the state legislatures (equivalent of our provincial legislatures) and started passing pro-life legislation.

They passed laws that required women to view ultrasounds prior to going through with an abortion, mandatory wait times, defunding abortion from state tax dollars, and requiring minors to seek the permission of a legal guardian before getting an abortion.

In some states this lead to decreases of abortion numbers by upwards of 37% and 42%!

And it lead to momentum. Big time momentum.

Since the election of Barack Obama, almost 400 abortion restrictions have been passed at the state level.

In fact, the momentum was growing so much that one political pro-life organization decided to hit the ground hard. Starting in 2012, the Susan B Anthony List has targeted key counties in key states to help elect pro-life Representatives and Senators at the federal level.


For the election last week, this organization had over 750 pro-life volunteers knock on over 1,000,000 doors since October 2014 (in case you are wondering, that is one volunteer giving an average of 1.5 hours per week, or 3 hours once every two weeks, for 100 weeks).

In each of the states that these doorknockers were in, they were able to elect a pro-life Senator (Florida, Ohio, North Carolina, and Missouri). Not only that, but they were able to account for over 40% of Trump’s margin in Florida over Hillary Clinton. In the last ten presidential elections, the winning candidate won Florida nine times.

So what can we do in Canada?

First, we need to go identify our fellow pro-lifers.

The good news is that over 50% of Canadians want some sort of restriction on abortion.

The bad news? Most of these Canadians don’t look or think like us. 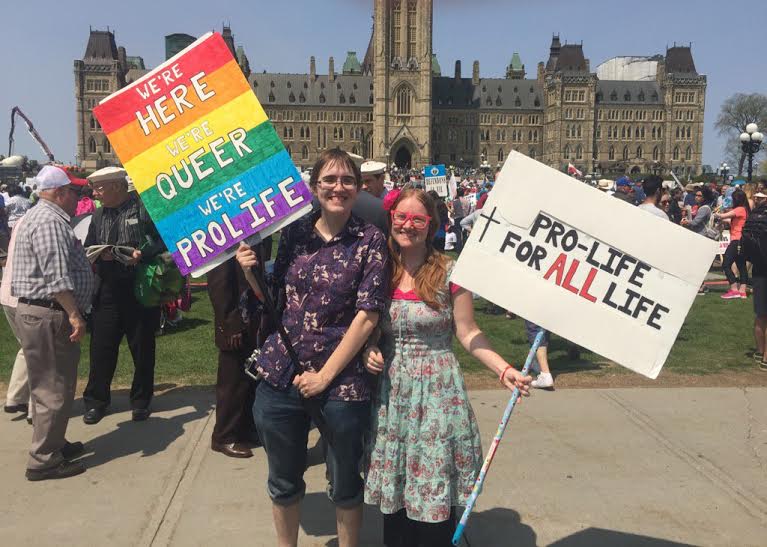 LGBT for Life at the National March for Life!

Most people associate with others who reflect their values. This creates a bubble for us, in which we are not able to connect with the other 40.5% (54% - 13.5%) of Canadians who want abortion restrictions. Many of these people are Muslims, Sikhs, Hindus, atheists, gay, Liberal voters, and NDP voters.

So how do we reach them? 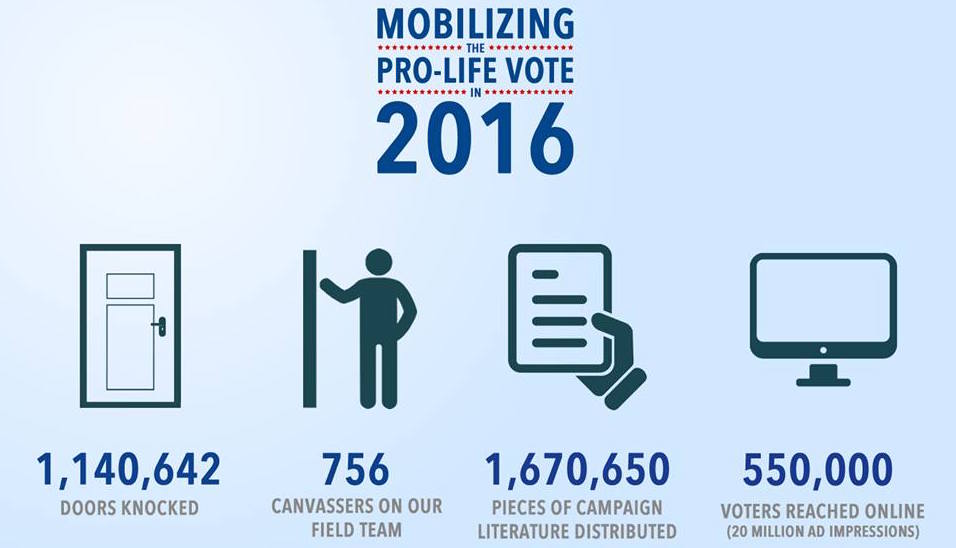 The second thing we can do is to get involved in our political parties. Unlike American pro-lifers, we cannot afford to put all of our pro-life eggs in one political basket. We do not live in a two-party democracy (at least federally). We will need all the pro-lifers we can get on both sides of the aisle, in all political parties. So be sure to join a political party, vote in their leadership elections, and join your party’s riding association board of directors. We can help you here.

With the win in both Houses of Congress and the White House, the pro-lifers are also ready in the United States. They know what legislation they want and what they want it to say. They have created a goal that over the next two years (before the mid-term elections of 2018), they want to accomplish the following:

Notice that the criminalization of all abortion is not on the wish list.

Because the Susan B Anthony List, and other pro-life organizations, have reasonable expectations on what can and cannot be passed in this Congress.

And we need to do the same.

We have a big opportunity coming up in the Conservative Party of Canada leadership race. There are three declared candidates who have a perfect, 100% pro-life voting record in the House of Commons. Even if you don’t normally vote Conservative, please consider purchasing a membership to vote for a pro-life candidate to become leader. 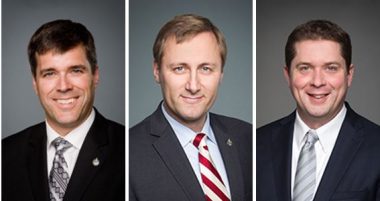 And now that you see, it is time to do!