Home > Blog > What in the world are standing orders?!

What in the world are standing orders?!

This week everyone has been talking about the federal budget and the fact that the deadline to purchase a membership to the Conservative Party of Canada to vote in the upcoming leadership race is coming up on March 28th (which you haven’t done so STOP READING THIS AND BUY YOUR MEMBERSHIP!).

Got your membership? Good!

Now, here is the really important stuff that happened in Ottawa this week that no one is talking about: changes to the standing orders.

I know, you’re asking yourself what are the standing orders?

Well, like any other sport, politics has rules too. There are rules that govern when the House of Commons meets, how often, the allocation of time between the Government and the Opposition, and all sorts of things. The Speaker of the House of Commons ensures that these rules are being followed, like a referee in a football game.

So earlier in March the Liberal government issued a discussion paper from the Government House Leader’s office on changes to the standing orders. So what did it say?

Management of the House

The Government is arguing that other legislatures in Canada and around the world only sit from Mondays to Thursdays, while the House of Commons sits for a half-day on Fridays. Given this, they are proposing adding an extra hour on Monday to Thursdays and taking away the Friday sittings. 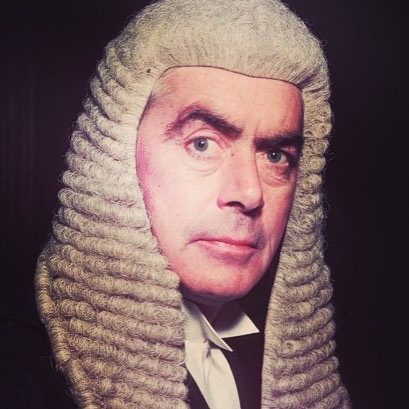 A British Speak of the House of Commons is not impressed!

One line in the discussion paper from the Government House Leader’s office is that the House of Commons only sit when there is demand. The troubling thing about this statement is who determines demand? Is it the Government? Is it the Opposition? Is it both? And how?

We certainly know that this government is light on the legislative front, so perhaps by creating less of a demand for the sitting of the House, there will be less opportunity for the Opposition to keep questioning the Government in debate and Question Period.

Time allocation rules allow for any Minister of the Government to put forward a motion after debate has begun on a bill to allocate a specific amount of time to that bill in that particular stage (i.e., first reading, second reading, and third reading). The motion is not debatable or amendable, but must be adopted by a majority of the House.

It is controversial because it only allows a certain amount of hours of debate to continue on a specific bill. As a point of reference, the 41st Parliament under a Stephen Harper majority used time allocation over 100 times. However, a time allocation motion must be introduced at every stage of the bill, if the Government wishes, and the time allocation motion itself can be debated for up to 30 minutes. This allows the Opposition to put up a big stink and for the media to cover it, if they wish. It at least helps create a balance between the Government and Opposition.

The Liberals are proposing a new type of super time allocation called programming, which is a motion that sets the allocated time for all stages of a bill. This stifles the Opposition’s ability to bring forward more witnesses at the committee stage and debate at report stage and third reading of a bill. 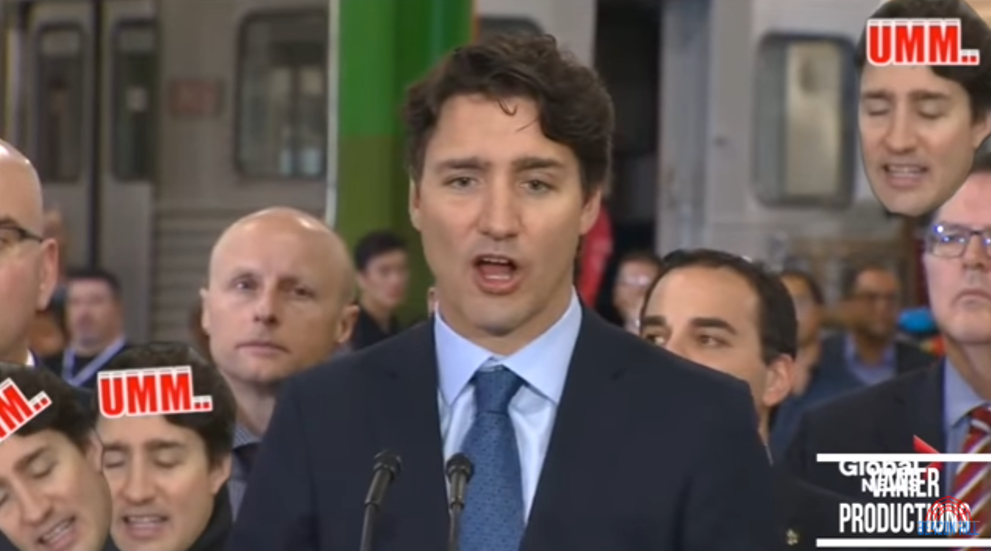 Click to find out why maybe one reason why the Prime Minister wants to come to Question Period only once a week...

What the Liberal cabinet thinks of committees...

The current Liberal government is proposing that each committee member only be allocated ten minutes each to discuss the legislation before the committee. Granted, the Government is proposing that members can have as many ten minute blocks as they like, however, once members of a committee yield the floor after speaking, the Chair can entertain other business, including a motion from a Government member of the committee to conclude discussion or call for a vote. This would stifle the Opposition’s ability to further discuss legislation and bring any issues they have with legislation before the media and public.

Are there any good proposals from the Government?

Not everything in the discussion paper from the Government House Leader is terrible. There are some good proposals which include additional sitting days in January, June, and September.

Why is the Opposition angry?

Besides some of the content of the discussion paper that would limit the Opposition’s ability to oppose Government legislation, they are upset that the Government is requesting that the House Procedures and Regulations Committee that is studying this proposal from the Government come back with a report and proposals for changes by June 2, 2017. 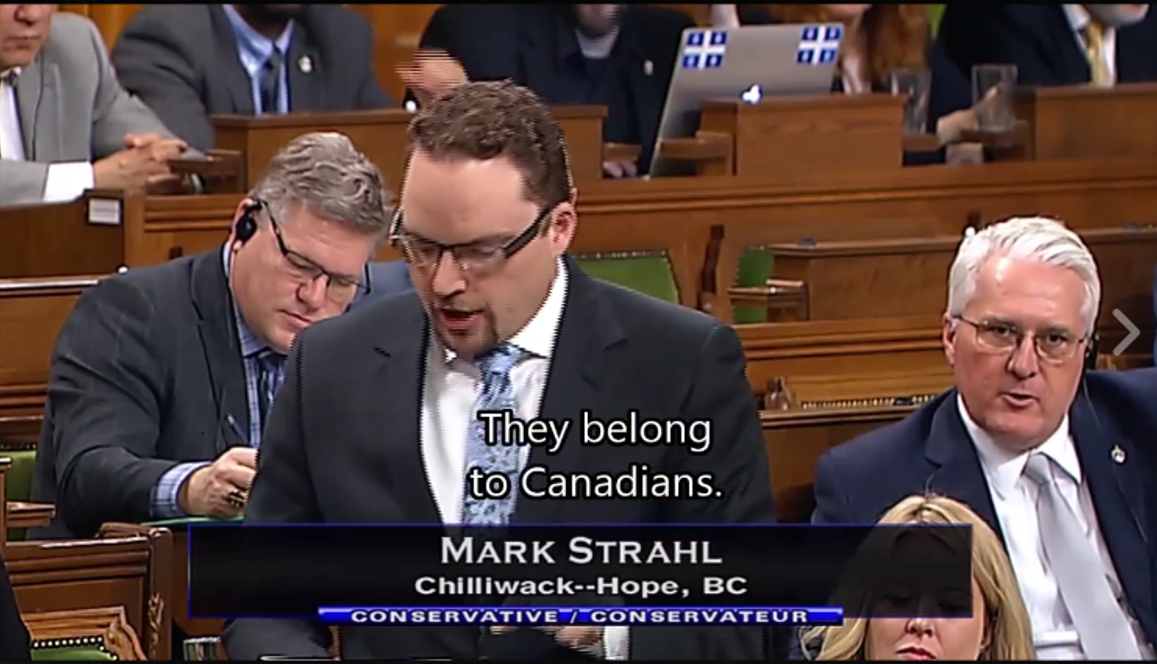 Click to find out why Mark Strahl is not a happy camper!

In every Parliament since the 1st Parliament in 1867, Standing Orders and Procedures were always adopted by consensus from all parties recognized in the House of Commons. The last time for this to occur was during a Jean Chretien majority government where an all-party committee made changes that had to have unanimous consent of the committee.

Even the normally calm and collected Scott Reid, MP for Lanark-Frontenac-Kingston lost his cool over the proposed changes and the way they have been proposed, saying that the Liberals are "ramming through whatever the f*** they want".

Are these changes necessary?

So what gives? Is it an effective Opposition? Is it an ineffective Government? Is it both? Probably.

Is that a reason to unilaterally change the rules of the game? Probably not.

One of the responses to this discussion paper is that the Conservatives and the NDP have been united in opposition to these proposals, almost sharing the same talking points during Question Period. 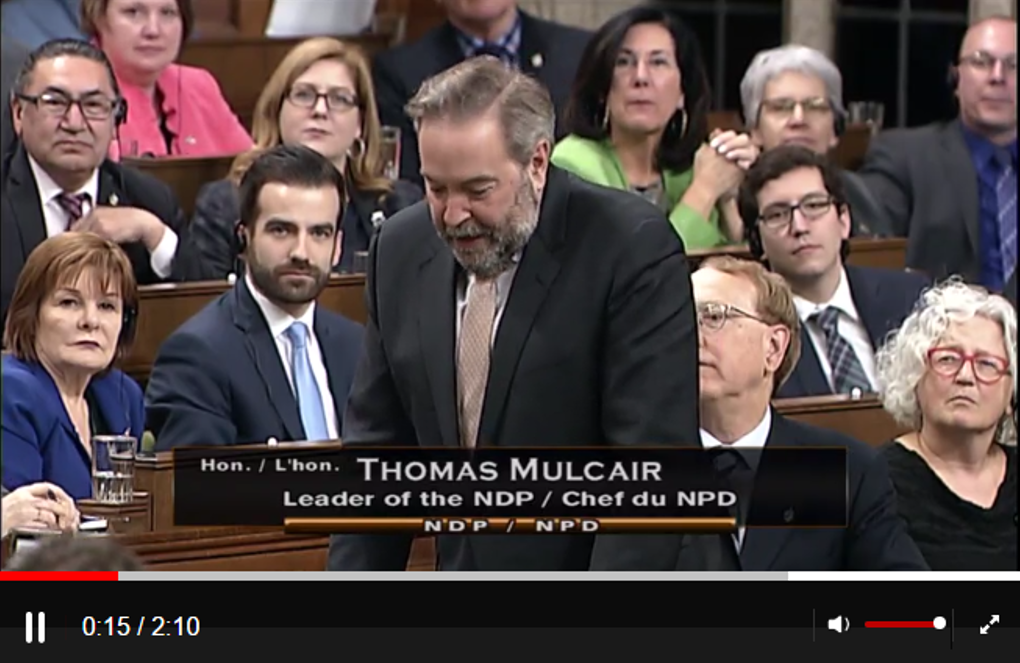 Watch Thomas Mulcair savagely grill the Government on this issue...

Why does this matter to pro-lifers?

One of the best things the pro-life movement was able to accomplish in this Parliament was the amendment of Bill C-14 (the euthanasia bill) at the committee stage when the bill was in the Senate. By allowing the proper time for the Senate to review the legislation, hear from witnesses, and hear from other Senators, they were able to strengthen the bill to further protect life.

Without the proper mechanisms to allow for thorough review of legislation, we can end up with weaker laws in regards to life. Imagine if a piece of life legislation were at the committee stage and we could not bring forward witnesses to speak on that legislation such as mothers who suffer long-term adverse consequences from abortions or fathers of murdered wives and pre-born children, killed because of pregnancy.

These these powerful and necessary testimonies would be stifled by many of the proposed changes in this document from the Government House Leader.

What can you do?

Join RightNow to volunteer to help nominate and elect pro-life candidates in your riding, so that no matter what this or a future government does to standing orders and procedures, we can build that board, winning pro-life coalition and majority in both Houses of Parliament!