What's good for the goose… 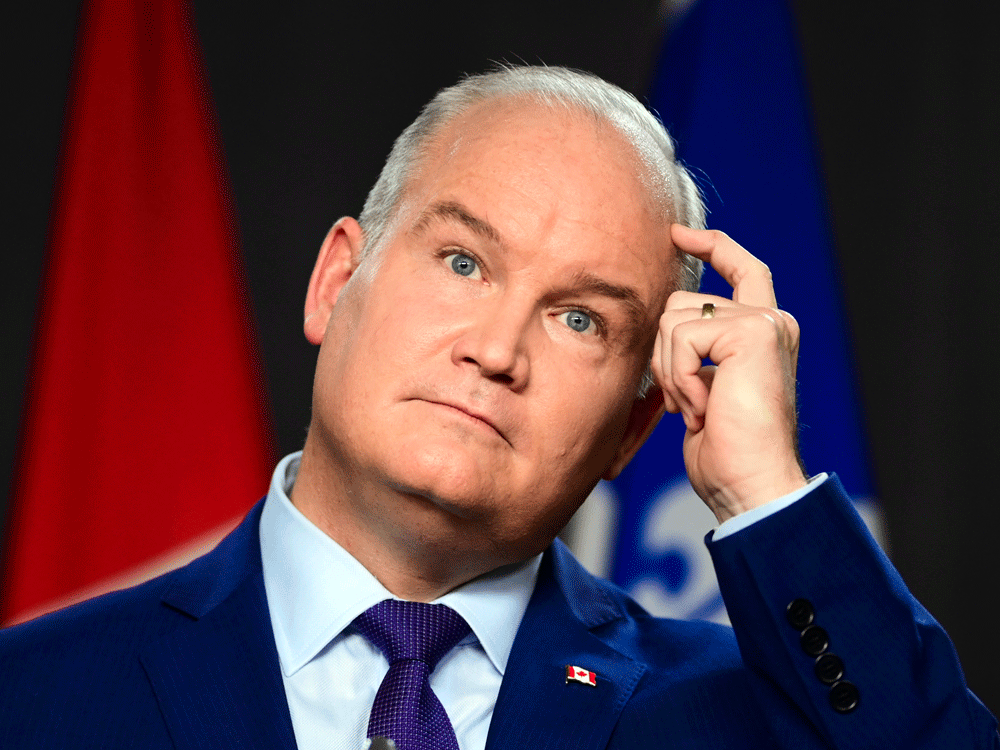 In late November 2019 I was standing at the back of a packed room with my colleague Alissa Golob. We were standing with various federal and provincial conservatives from across Alberta listening intently to Andrew Scheer give the speech of his political life at the 2019 United Conservative Party of Alberta (UCP) Annual General Meeting in Calgary.

A few weeks prior, Andrew Scheer had led the Conservative Party of Canada in the federal election to over 34% of the popular vote and increasing the seats for the party by 22% from 99 to 121 seats, including winning additional seats in urban Canada in cities such as Vancouver, Calgary, Edmonton, Regina, Saskatoon, and Winnipeg. There were more seats in Ontario, Atlantic Canada, and the seats were retained in Quebec.

However, there was incredible pressure from the media and professional Conservatives for him to resign because he was socially conservative (despite the Conservative campaign offering no social conservative or pro-life policies in that election).

Despite the media pressure, the caucus was solidly behind him. I had heard from multiple sources that only a handful (less than ten) caucus members voted to give themselves the power under the Reform Act to expel the leader.

Now, it was time to see how the membership would react.

The speech began in a fairly mundane way; nothing to get too excited about, one way or the other. Then, halfway through the speech Scheer began to state that he would defend the interests of conservatives (standing up against the carbon tax, fixing equalization, and defending gunowners’ rights—interestingly all things that Erin also promised in running to replace Scheer and then flip flopped on before or during the recent federal election).

The crowd was digging it.

They began to cheer, to engage in the speech, and even gave Scheer a few standing ovations. Alissa and I spoke with delegates after the speech, and everyone seemed fairly satisfied that Andrew Scheer would remain leader of the party to fight Justin Trudeau’s Liberals in the subsequent election. 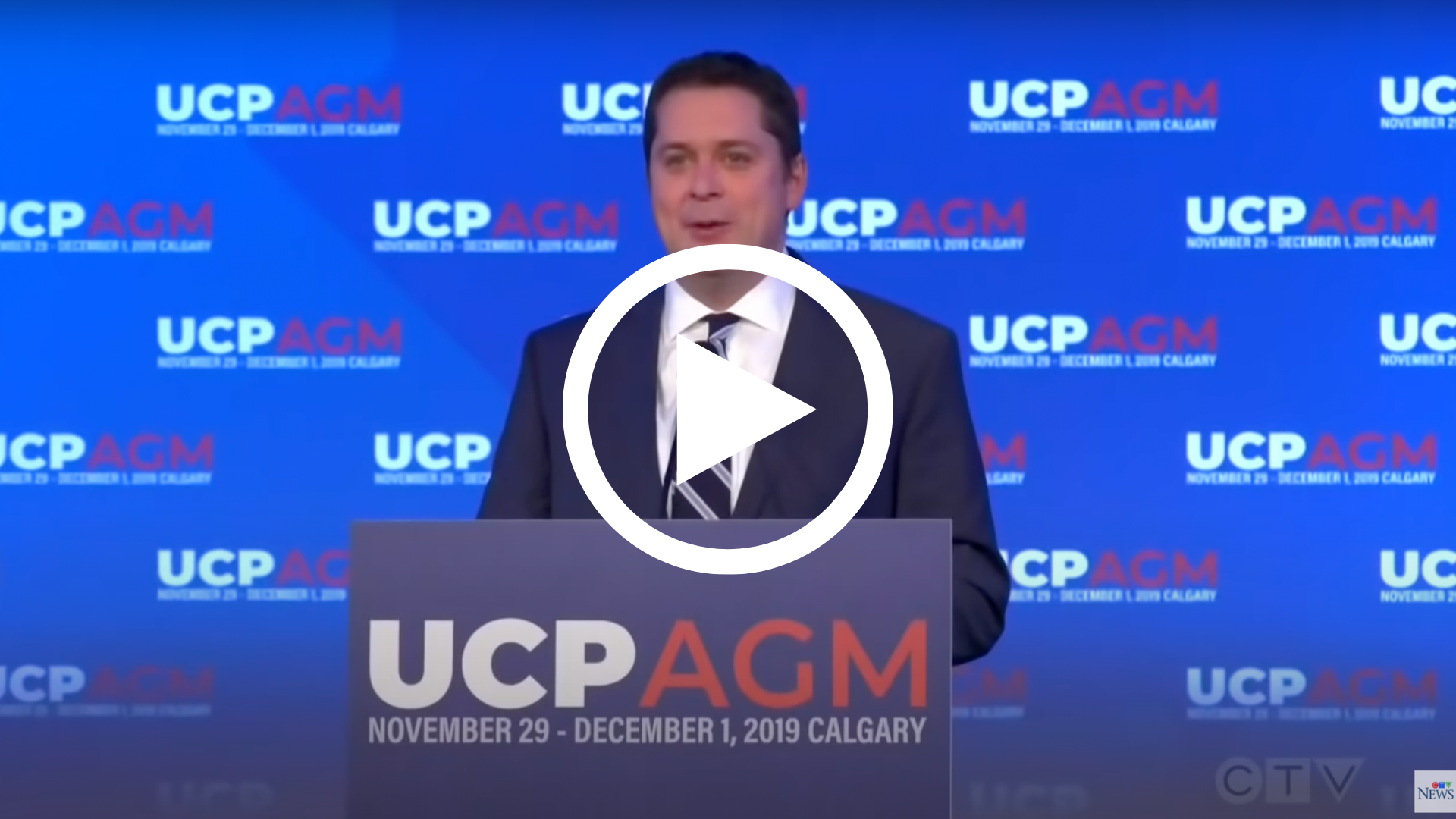 Out of the caucus, the media pundits, and the membership, Andrew Scheer had 2 out of the 3 in his corner and he still resigned.

However, Andrew’s legacy was growing the party and being the most successful leader of the party in the last ten years. Under Andrew’s leadership, pro-lifers were able to win nomination races and elect 68 pro-life Members of Parliament in 2019 compared to 40 in 2015.

We were on the march.

DID ERIN O’TOOLE DO BETTER THAN ANDREW SCHEER?

In fact, Erin O’Toole did worse than Andrew on every available metric in virtually every part of the country.

Erin O’Toole had won the Conservative leadership in August 2020 on the promise of being able to win in the GTA. However, the numbers bear a different reality. 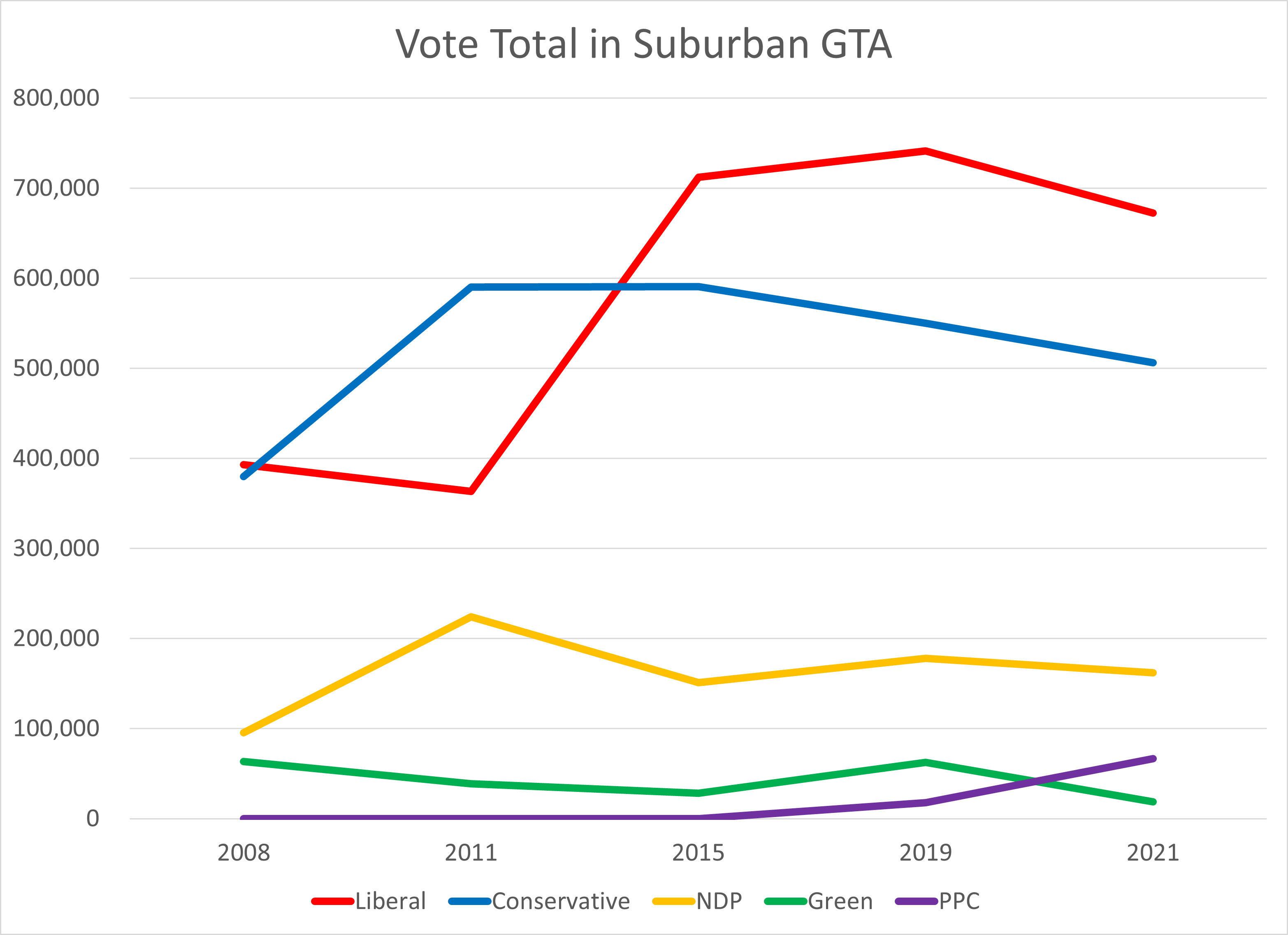 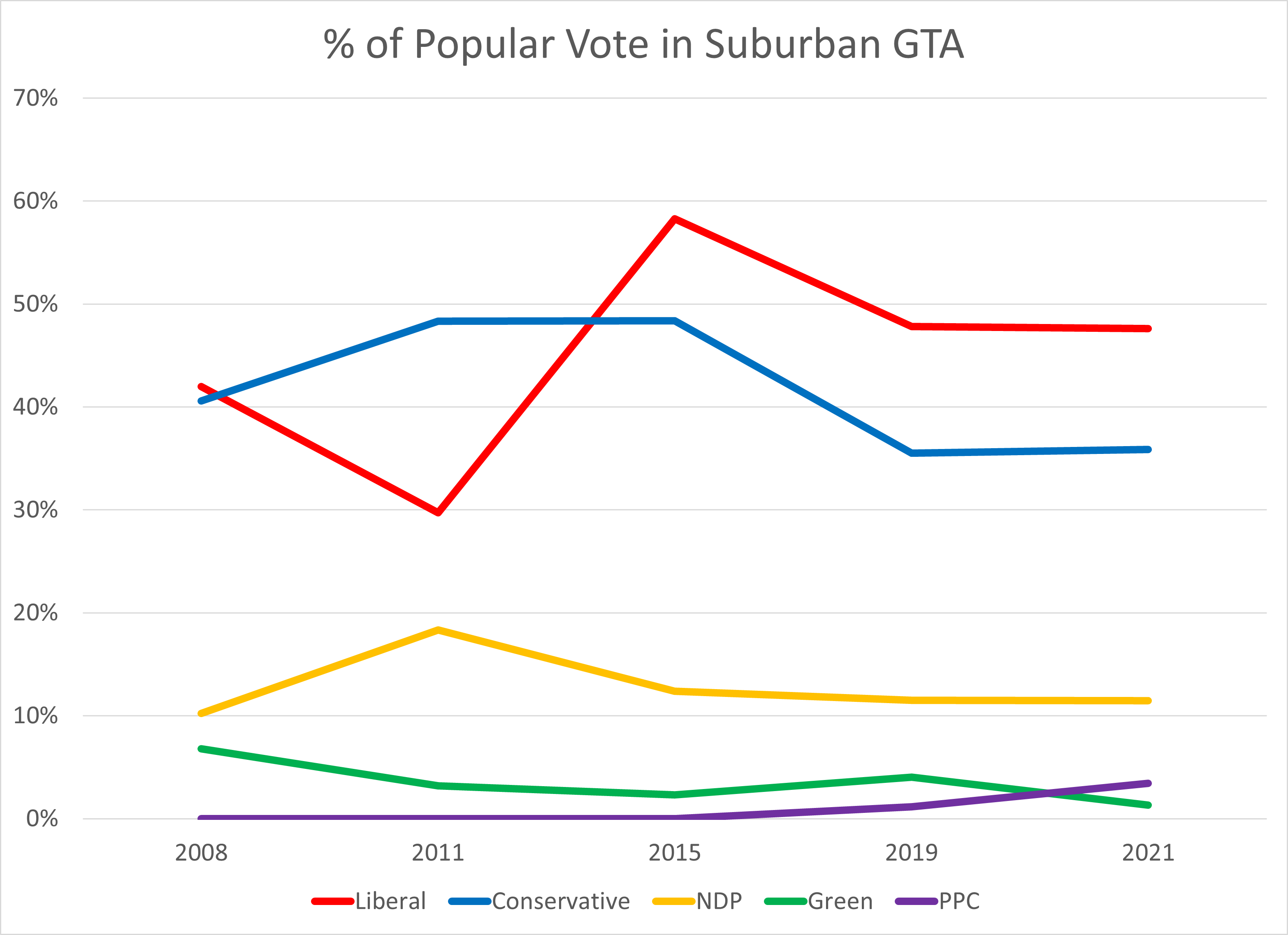 Note that the chart above is just for the suburban GTA and does not include the more difficult ridings in the City of Toronto proper (re: Etobicoke, downtown Toronto, Scarborough, etc…).

Under Erin O’Toole and his pro-abortion policy platform, the Conservative Party of Canada:

To win the leadership race, Erin O’Toole made promises to a variety of constituent groups within the Conservative Party of Canada. Members of the Conservative Caucus were told in the spring of 2021 that certain leadership promises had to be broken to see a decrease of 20% in the safest Conservative seats in Western Canada to win 20+ seats in the GTA and Quebec. Some of these promises include: 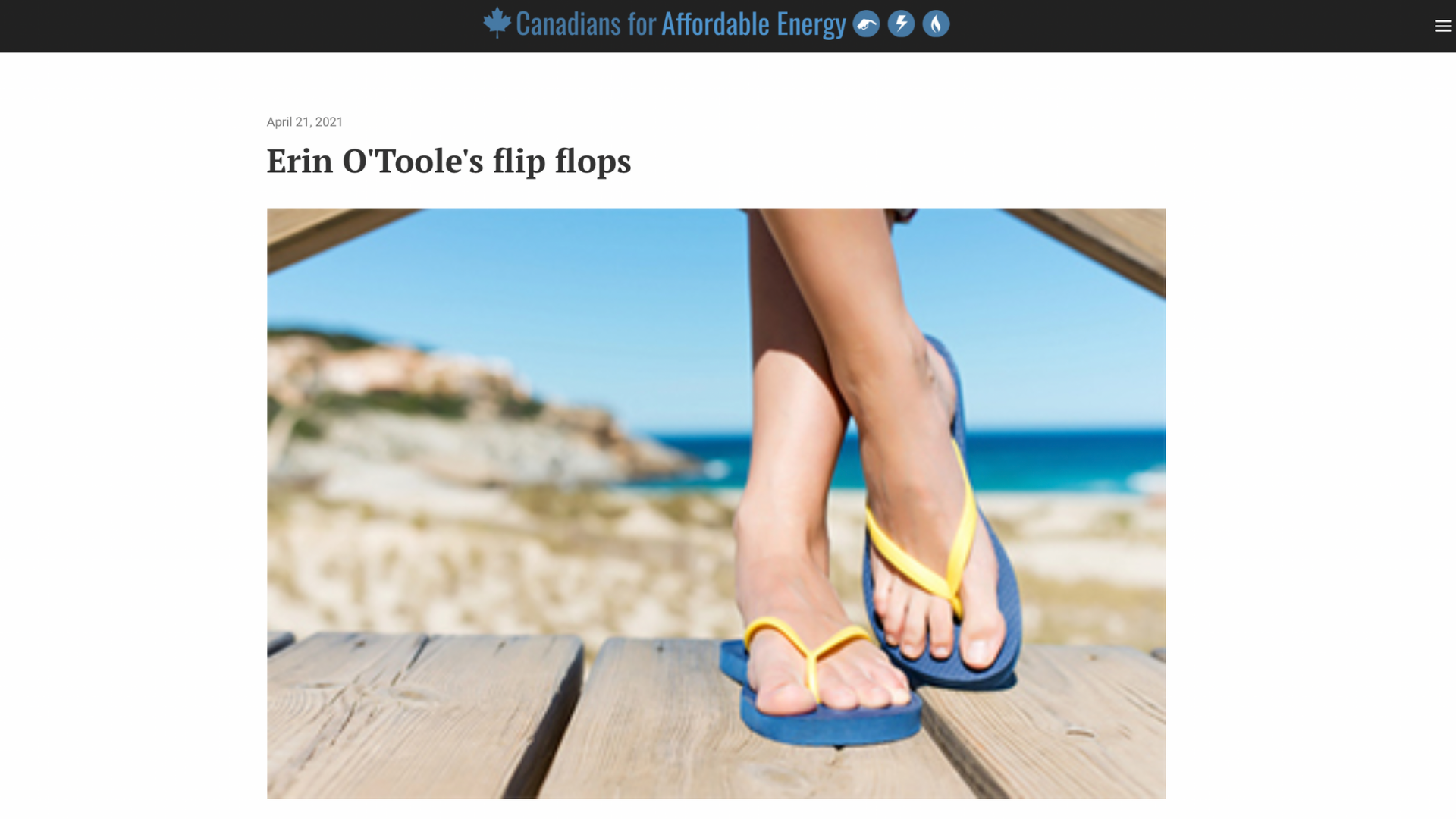 This means that in the last ten years the most successful Conservative leader has been Andrew Scheer in the 2019 election campaign. However, despite increasing the number of seats and votes in virtually every part of the country (except the suburban GTA), there was incredible pressure on Andrew Scheer to resign.

Now that Erin O’Toole has effectively abandoned almost every large constituent group within the Conservative Party’s voter and donor coalition and lost ground in doing so, the same precedent created for Andrew Scheer now must be applied to Erin O’Toole.

By being unfaithful to his word, Erin O’Toole betrayed us pro-lifers, the people who made his leadership possible in the first place (let’s not forget that it was the vote transfer from two pro-lifers; Leslyn Lewis and Derek Sloan, which allowed an O’Toole victory in the end) and many other groups in his own Conservative base. In ridings where there were pro-life Conservative candidates, the choice was easy, but in ridings with pro-abortion candidates and with a leader who, on many occasions, gleefully proclaimed just how pro-abortion he was, our supporters often voted with a heavy heart or did not vote at all. 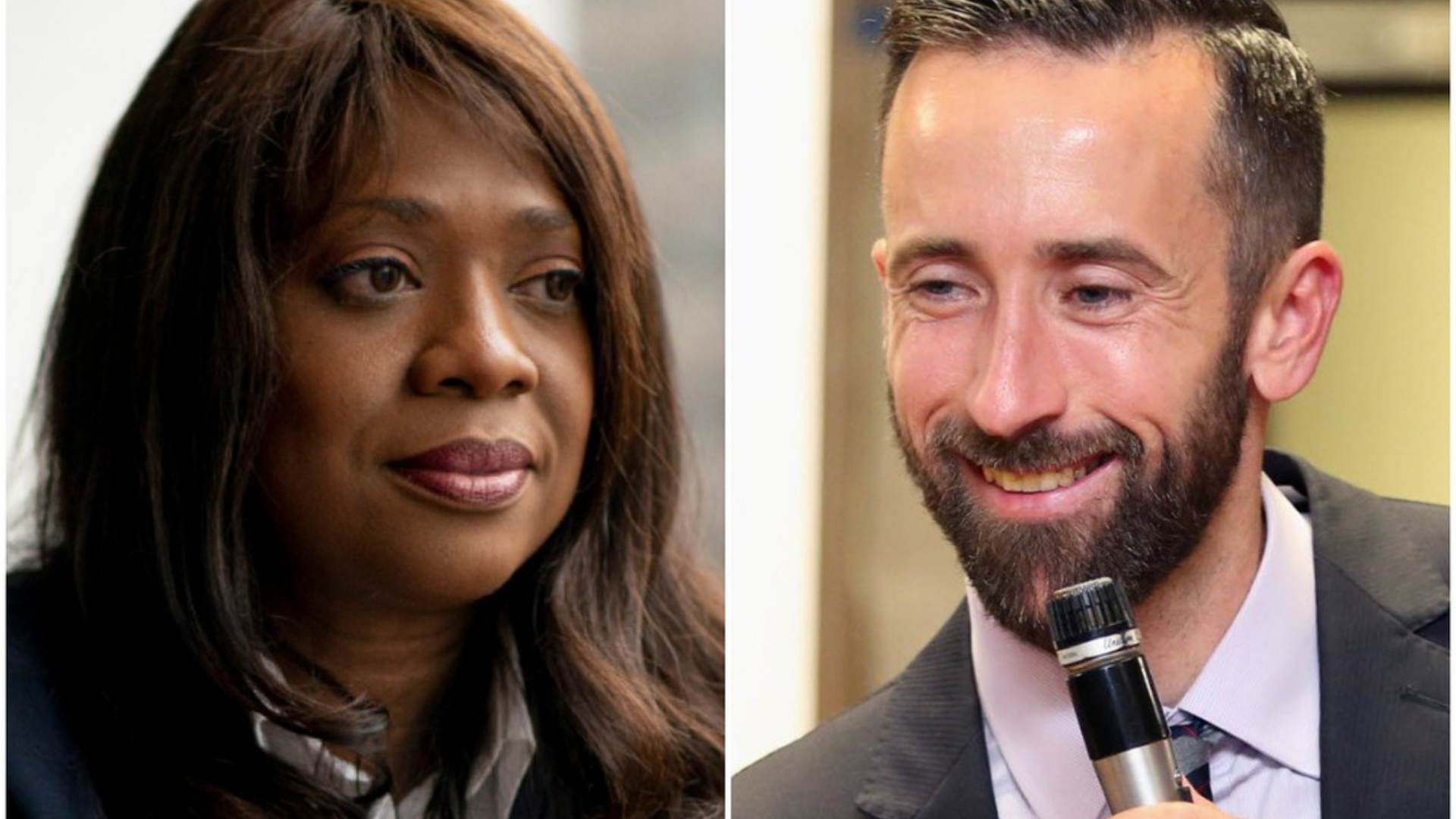 However, there is a fourth way to begin a new leadership race and that is through resignation. Given that Erin O’Toole ran in the general election on a completely different (and often diametrically opposed) platform from his leadership platform less than a year earlier, there is a good argument that he needs to seek a new mandate from the membership to take the party in that new (and thus far) electorally losing direction.

On October 5, the Conservative Caucus voted to give themselves the power to oust Erin O’Toole as leader of the party under the Reform Act, something that caucus (mostly the same caucus members too, mind you) refused to do when Scheer was leader. While Erin O’Toole has the majority of the punditry behind him (at least tepidly), it does not appear that he has caucus fully behind him.

We will soon find out if he has the membership behind him. 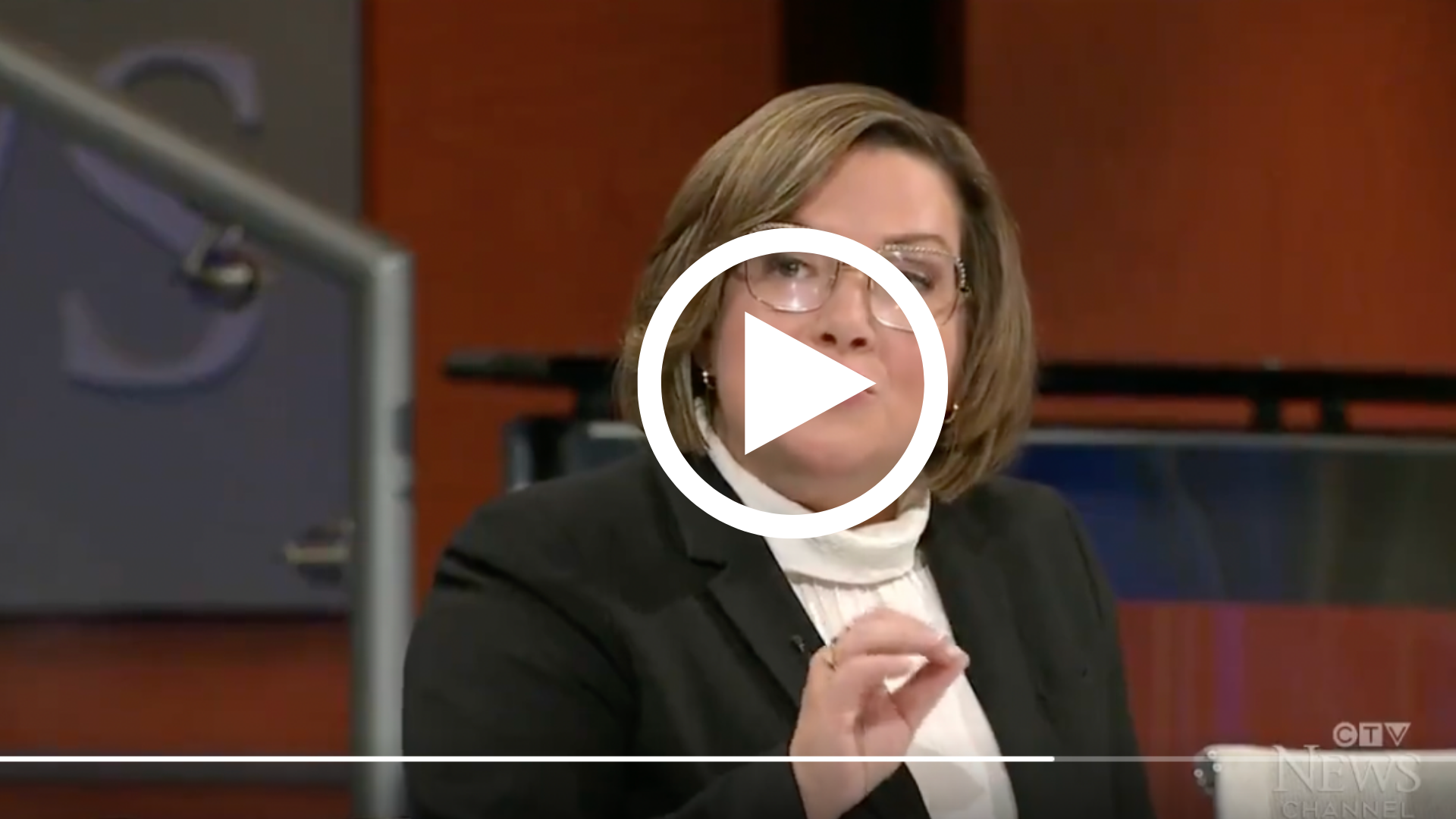 Despite being a difficult election with an unpopular Conservative leader who constantly held up his pro-abortion credentials and offered no policies on reducing the abortion rates, RightNow was able to work with local pro-life supporters across the country to increase the number of pro-lifers elected to the House of Commons. This marks the second consecutive federal election (and incidentally, the second federal election of RightNow’s existence) where the number of pro-lifers elected has increased. 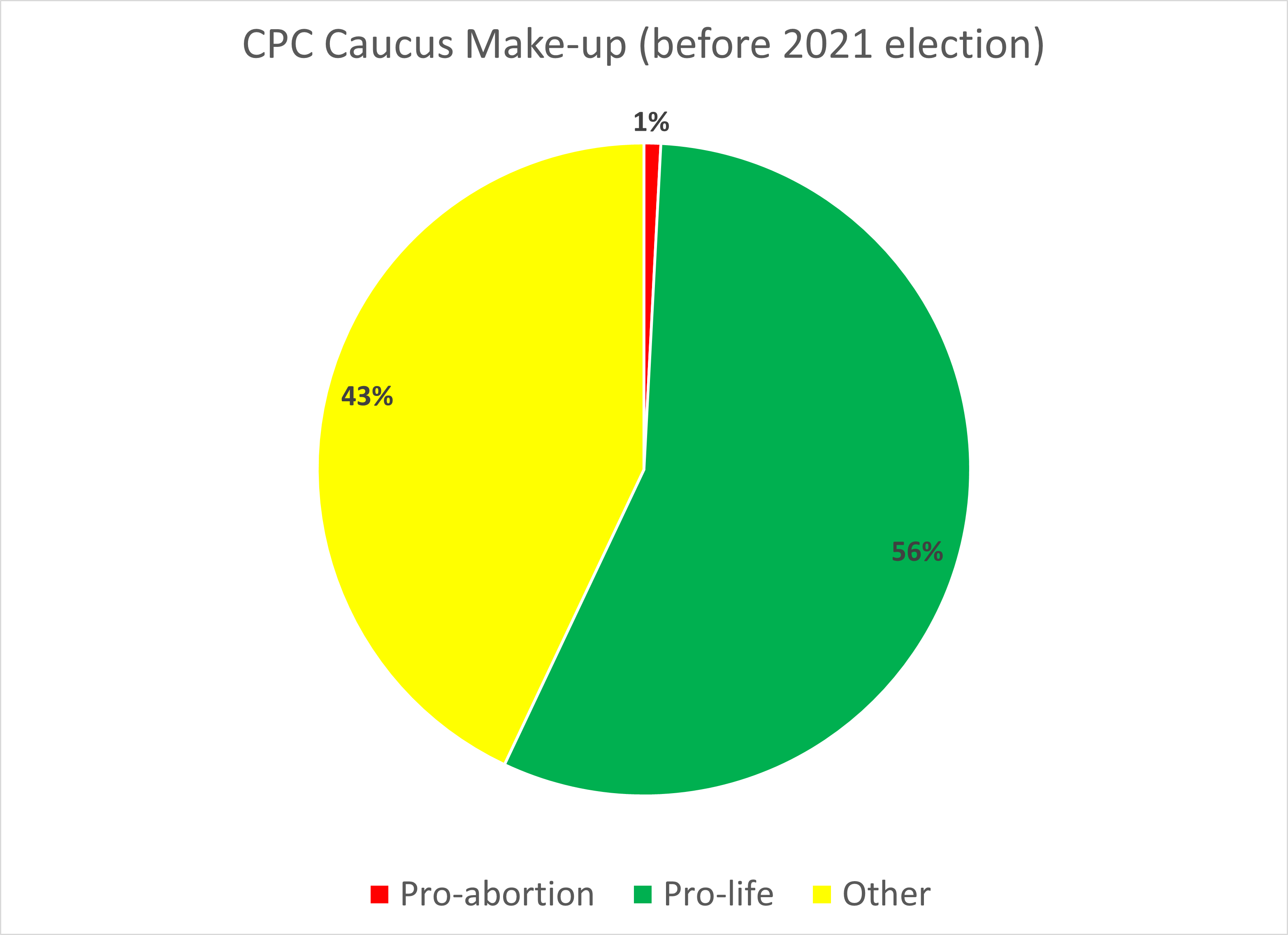 After the election, that has increased to 62%, with a good chance that the 7% of unknown Conservative Party of Canada caucus members could also be 100% pro-life Members of Parliament: 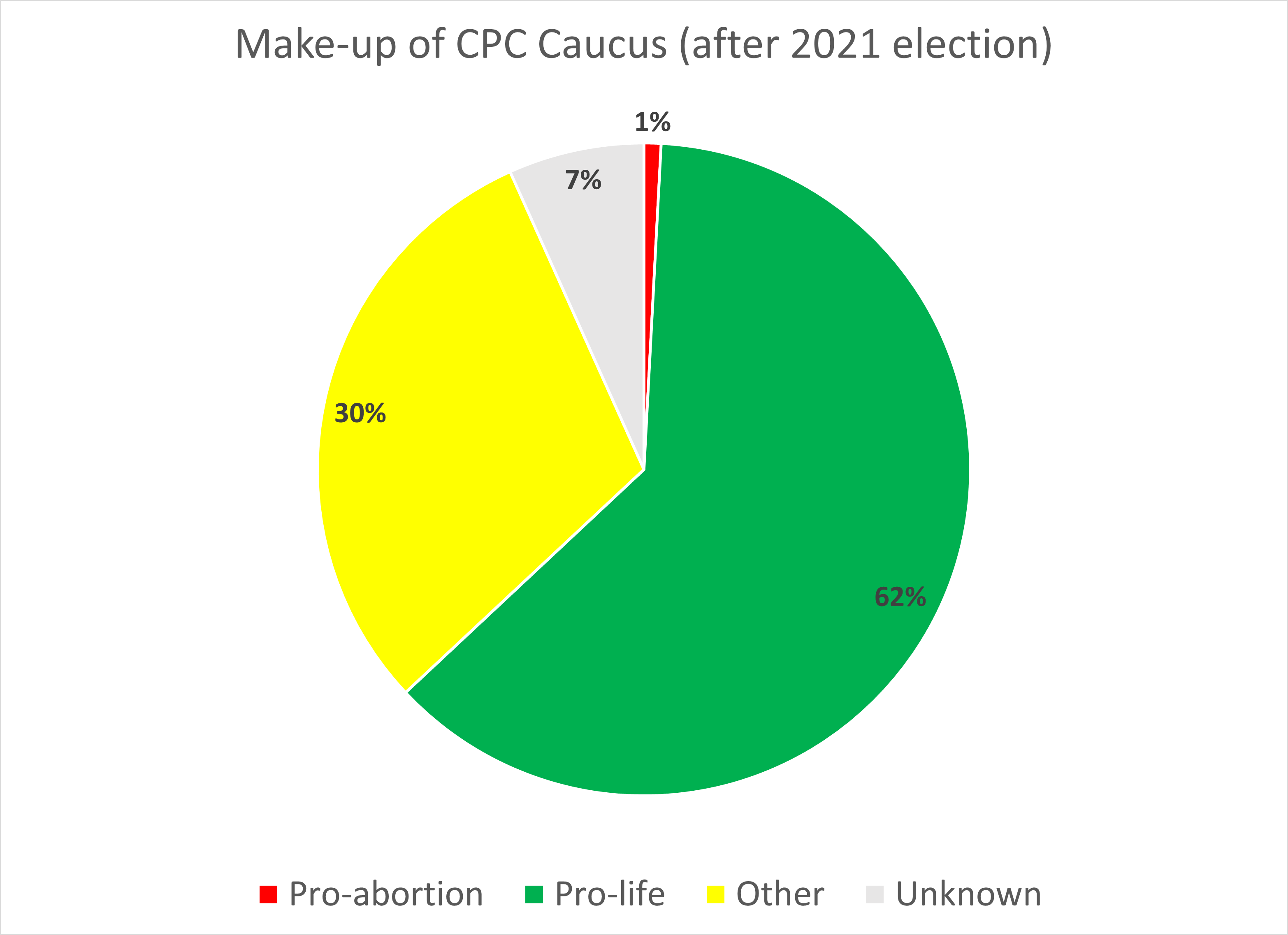 The total number of pro-lifers elected to the House of Commons has increased from 68 in 2019 to 74 in 2021. However, this does not come without some pro-life losses along the way. Candidates like Tamara Jansen and Nelly Shin lost their ridings by slim margins.

Some of these pro-life candidates (such as Tamara Jansen) lost because of the vote split with the PPC in her riding:

Of the 242 Conservative Party of Canada candidates who were either pro-abortion or refused to interview with RightNow prior to election day (and thus did not receive assistance from the pro-life movement), 45 of them were elected (a success rate of less than 20%). 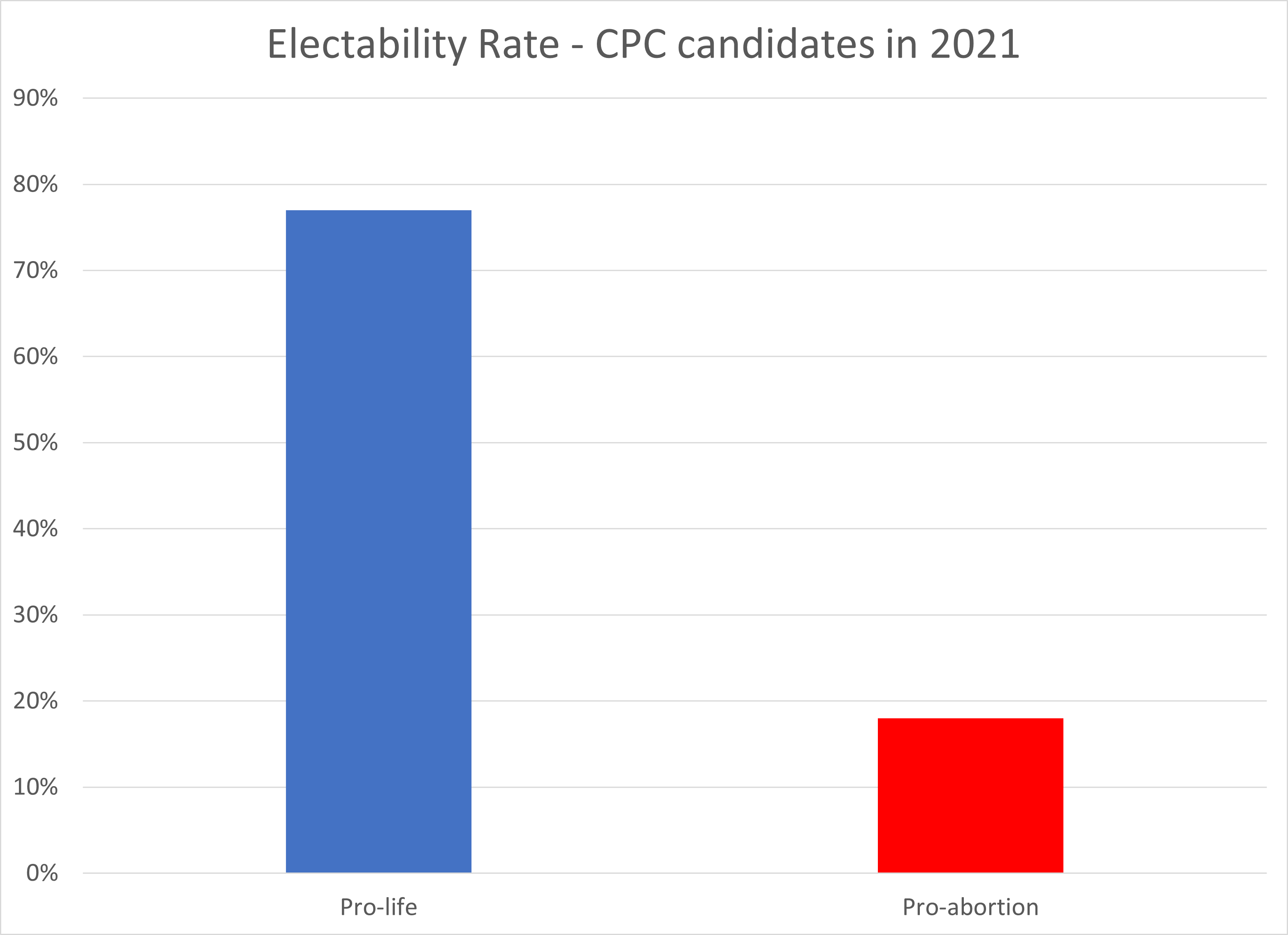 Leading into the federal election we could tell that the base of the party was not in an overly enthusiastic mood from January 2021 onward. Whether it be the expulsion of Derek Sloan from caucus, the flip flop on carbon taxes, or the lack of any conservative conviction in the statements from the leader the regular party volunteers and donors seemed nonchalant at best, which was incredibly different from the federal election in 2019.

Given that our organization has very limited resources, we decided to focus on retaining the pro-life seats that we currently have in the House of Commons. In April 2021, we identified 16 pro-life Members of Parliament who were running for re-election but polling poorly. We named this plan Operation Rescue, understanding the historical significance of the name.

By working with other pro-life organizations such as 4 MY Canada and Canada Family Action (like we did during the 2021 Conservative Party of Canada policy convention), we were able to recruit and distribute over 250 volunteers across Canada, including over 1,000 weekly doorknocking hours into the 16 target ridings. The result? We were able to rescue 13 of the 16 pro-life Members of Parliament and help ensure their re-election to the House of Commons.


WHAT ABOUT THE PPC?

If there was one constant theme that we picked up at RightNow during the election it was that there was a definite bleed from the Conservatives to the PPC. Different polling firms and pundits will come to different conclusions about how much of a bleed there was, but the universal conclusion was there was a bleed. 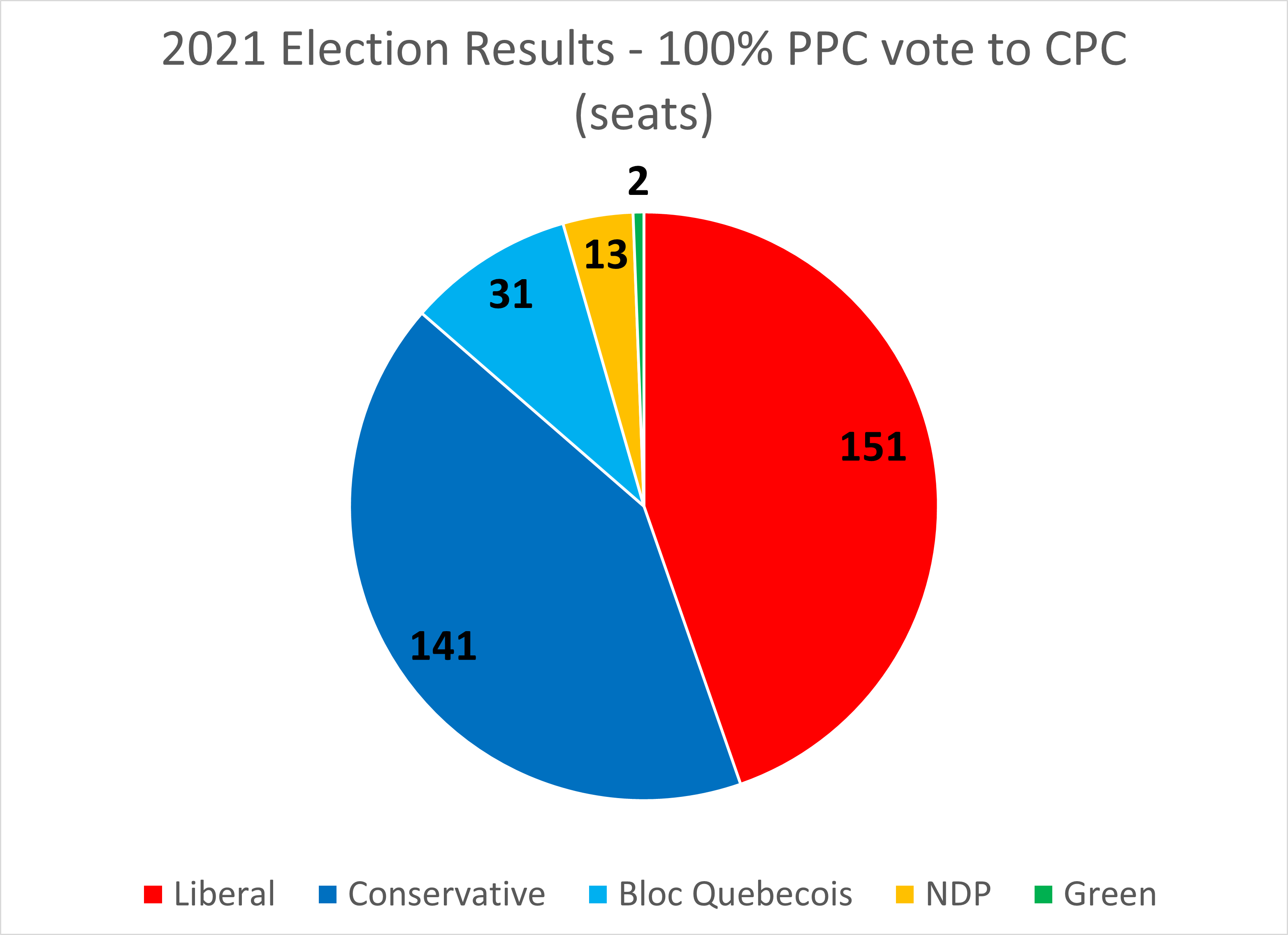 However, the likelihood of all PPC votes being allocated to the Conservatives is not reasonable. A more reasonable metric would be roughly 2/3. By applying this standard, the result would have been the following: 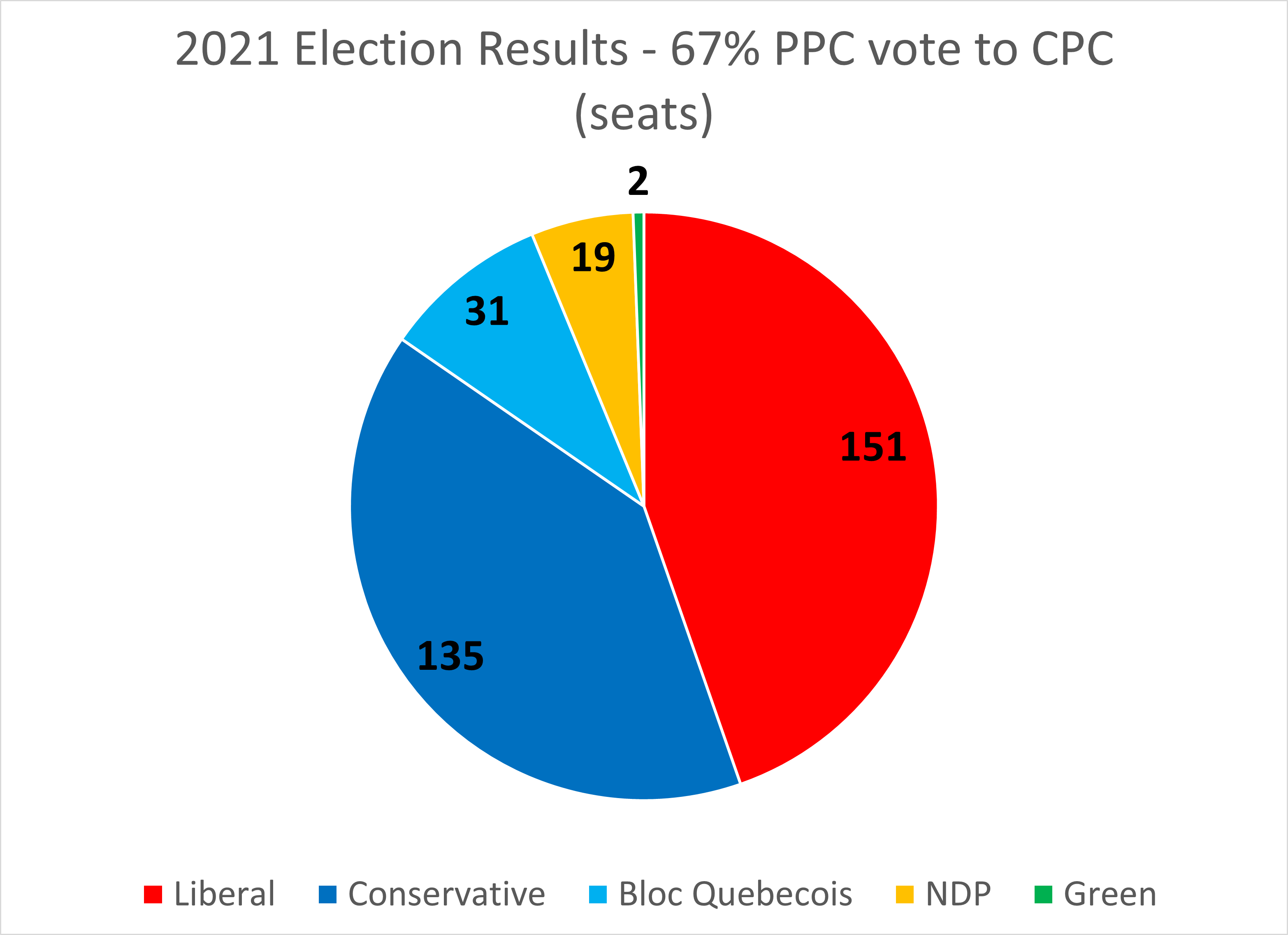 It then begs the questions of what is the purpose of the PPC for pro-lifers and how did they perform in this election?

However, the PPC failed to win a seat in the House of Commons. They came in second in only seven out of 338 ridings and their average margin of loss in those seven ridings was over 24,000 votes.

We heard from many pro-life Conservative candidates of the bleed to the PPC. Some candidates discovered that as many as 10-20% of their previously identified voters were going to vote PPC when they reached out to them to encourage them to vote in the advanced polls. We heard of stories of Conservative supporters who had a Conservative lawn sign in their yard switched to a PPC lawn sign mid-election. In fact, I personally saw this phenomenon in my own neighbourhood. 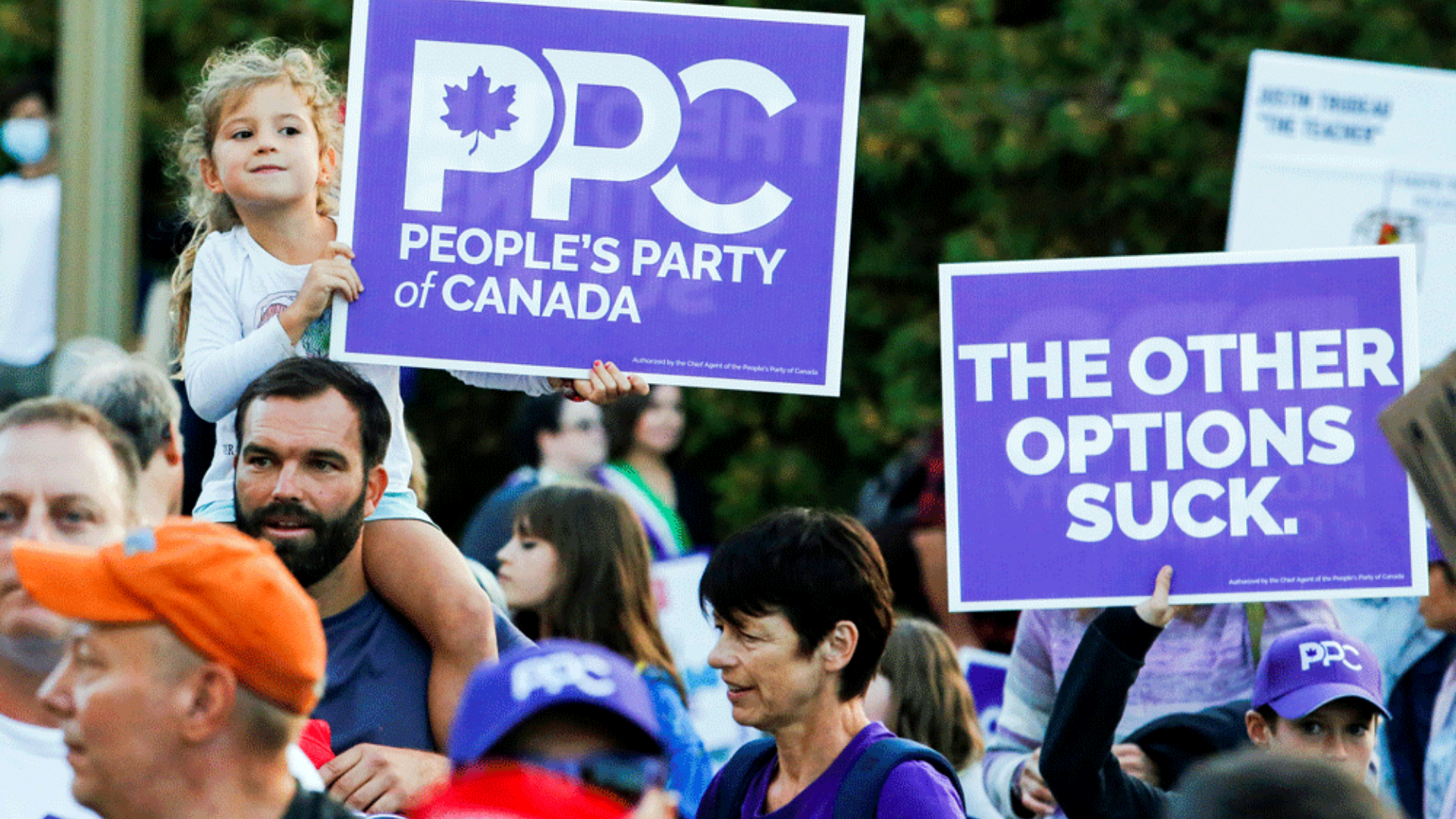 However, while the PPC did increase their percentage of the vote and total number of votes, they are still not a viable political vehicle to elect pro-lifers in Canada. As an aside, I am paid by our financial investors (which include many of those who will read this blogpost) and have a fiduciary responsibility to our Board of Directors to elect as many pro-lifers to the House of Commons as possible. In doing so, I must analyze the data with a dispassionate lens and follow through on the path of least resistance.

After the most recent general federal election, the most viable political vehicle to elect pro-lifers to the House of Commons remains the Conservative Party of Canada. Which is why the fight for the soul of the party will determine pro-life success or failure in future elections.

So, what should we do as pro-lifers in light of this latest federal election?

The first step would be to celebrate the fact that we increased the number of pro-lifers elected to the House of Commons in a second consecutive election.

Secondly, is to make our voices heard within the Conservative Party of Canada for those pro-lifers who identify with the party. There are many ways to do this, including: 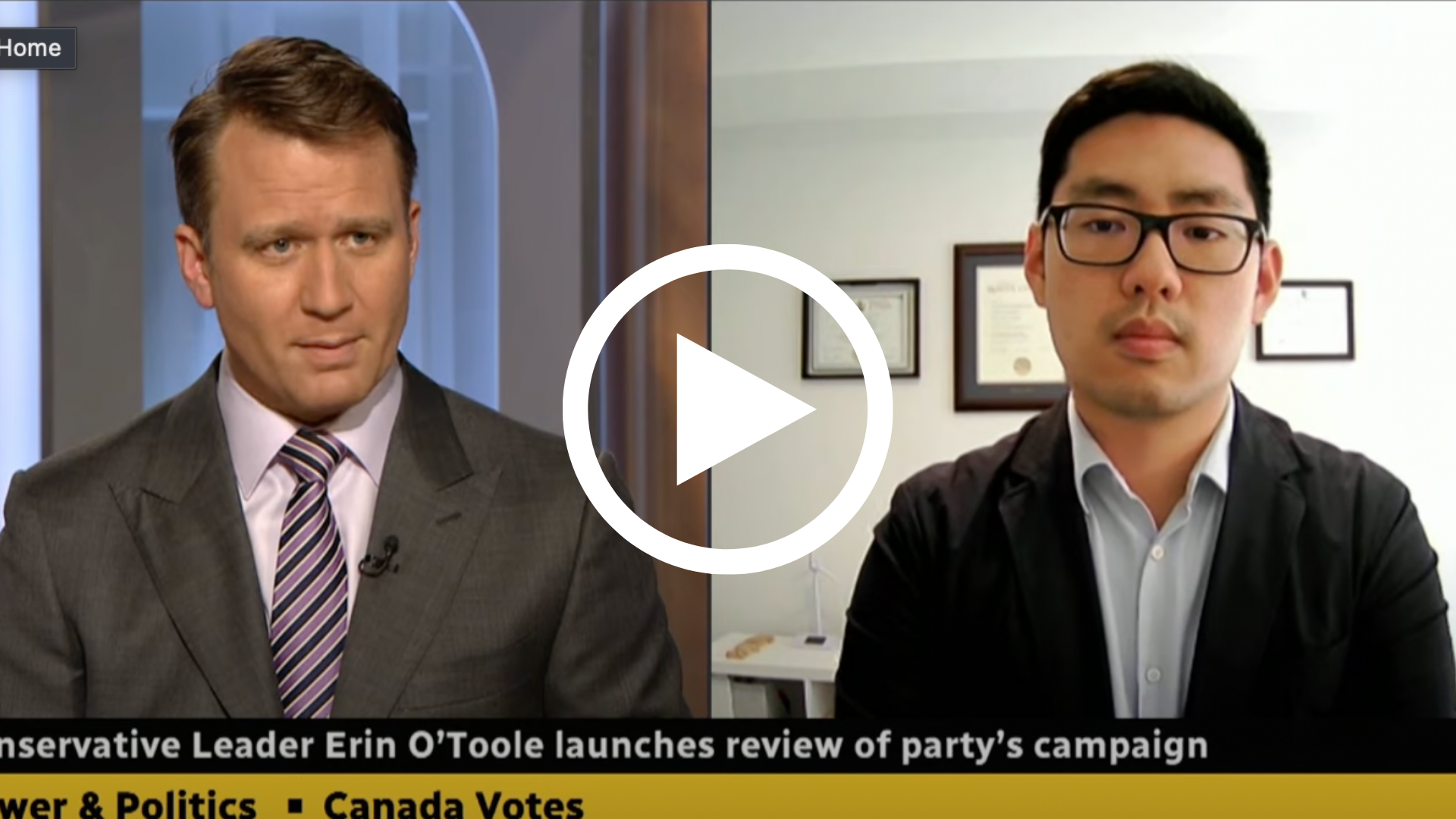 Whether there is a new leadership race or not, RightNow will work with pro-lifers to ensure that we keep winning more nominations, EDA AGMs, party policy convention delegate selection meetings (DSMs), National Council positions, and (of course) leadership races for when those opportunities arise.

Since the last election, we have not stopped working despite many challenges due to COVID-19 restrictions and a leadership team surrounded by the majority of full-time party staff that seemed at best indifferent (and at worst hostile) toward those who share our values.

Nevertheless, we elected more pro-lifers to the House of Commons.

Together with our supporters, old and new, we continue the march.