Home > Blog > Sorry Kevin O’Leary, you were not the kingmaker, so-cons were

Sorry Kevin O’Leary, you were not the kingmaker, so-cons were
BY ALISSA GOLOB & SCOTT HAYWARD 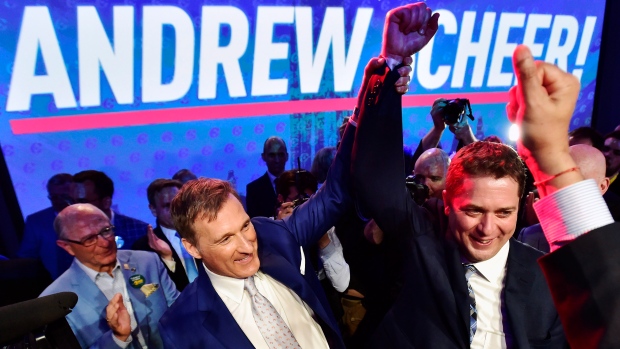 After over a year of campaigning, traveling, selling memberships, fundraising and more, Andrew Scheer is the new Leader of the Conservative Party of Canada. Which only means one thing: the ineffective political “model” provided to the pro-life movement for the last few decades is dead. We started RightNow just over a year ago for moments like this. And it is only the beginning.

Andrew Scheer is a self-identified pro-life social conservative who has been vocal on the abortion issue in the past, has a perfect pro-life voting record, defends freedom of speech and conscience rights for healthcare professionals, wants more choice for parents in education, and has policies that would help pregnant women in the workplace. He is arguably the most pro-life leader the Conservative Party of Canada has seen since John Diefenbaker.

Despite attacks from pro-life organizations and fellow social conservative leadership campaigns like Brad Trost who encouraged supporters to leave Scheer off their ballot, pro-life Canadians followed logic, strategy and forward thinking to give Andrew the points he needed to win.

And boy did it work.

“With Trost out of contention, Scheer closed to within two percentage points of Bernier in the next round. ‘Brad Trost’s rallying support is probably the story out of this. It’s the biggest surprise,” said Melanie Paradis, Erin O’Toole’s director of communications. “It sends an important message that the social conservative voice is strong inside the country and needs to be respected, and now we have a leader who will do that.”- National Post


“I’d be interested in knowing what the party thinks about social conservatives continuing to have this strength in the Conservative Party. This wing in the party may be the deciding factor as to who the winner is.”-  Rosemary Barton, CBC

When Kevin O’Leary dropped out of the race and endorsed Maxime Bernier, he was hailed as the “kingmaker”, choosing where all his support would go for the inevitable win as leader of the Conservative Party of Canada. Social conservatives were not taken into consideration, and many predicted a low turn-out for the token so-con candidates. 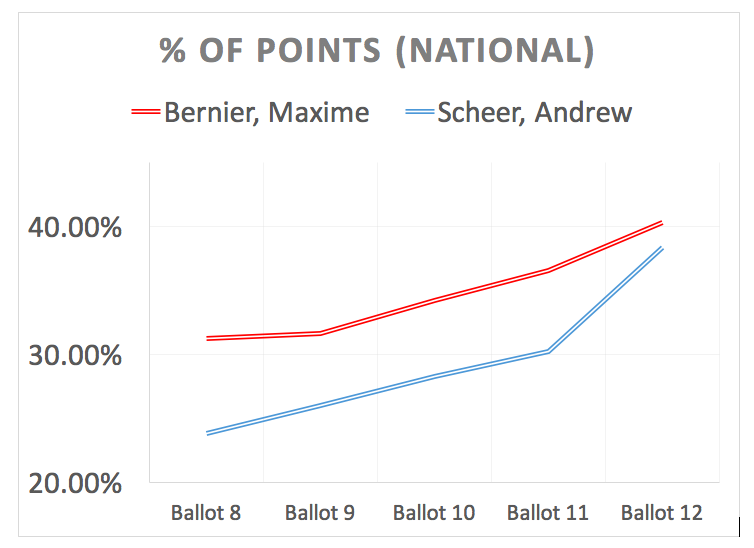 If Brad Trost were no longer on the ballot when Pierre was dropped off, Andrew Scheer would have received 65% of Pierre’s votes, ceteris paribus. 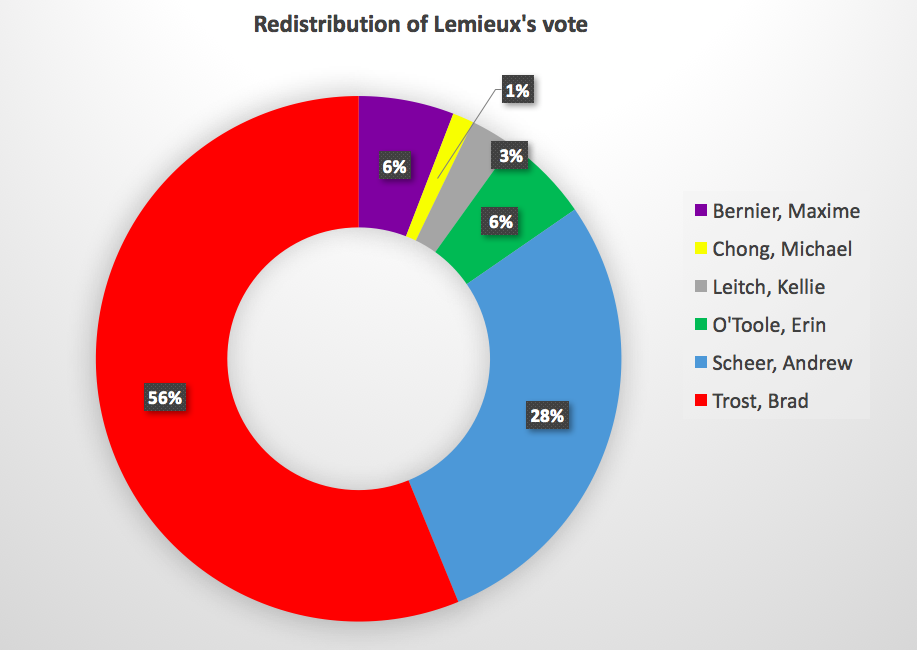 So where did Brad’s votes go? When Brad was dropped from the ballot, over half (56.50%) went to Andrew, as per the graph below. 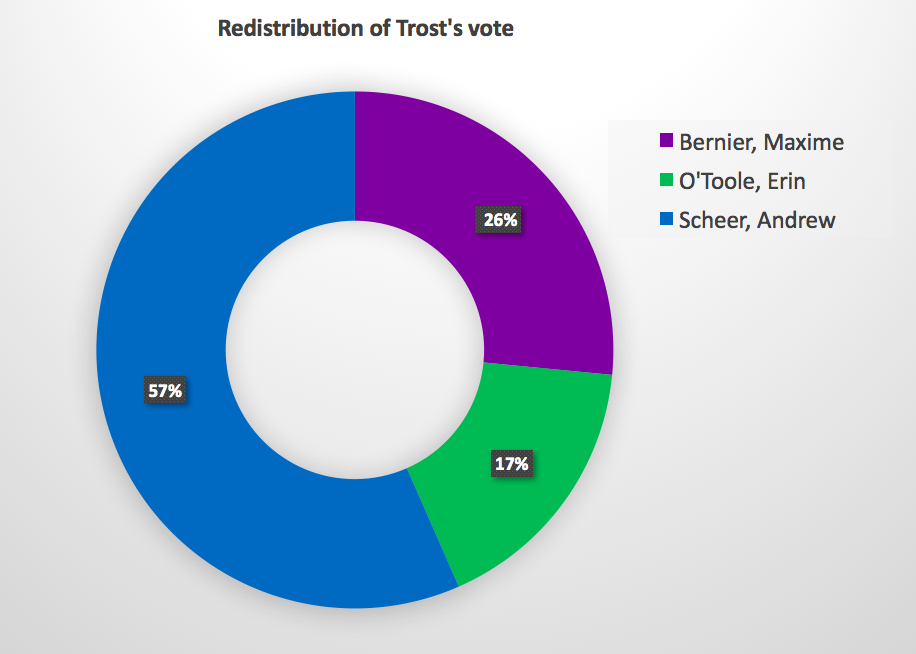 Finally, one of the most impressive statistics from the night was that Brad Trost placed first in 16 ridings on the first ballot. He was tied for fourth place in this metric with Erin O’Toole as per the graph below. 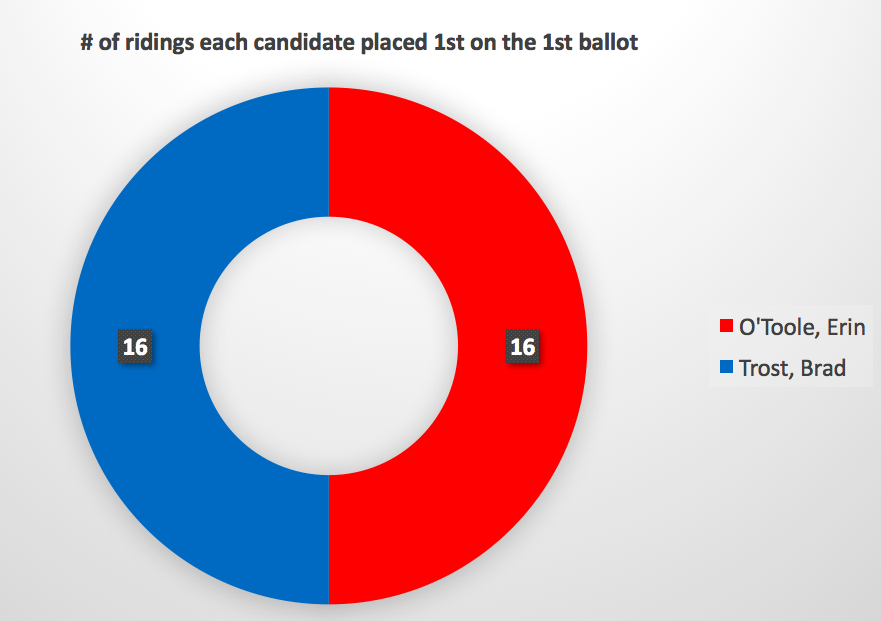 One of the biggest victories coming from this race is the success of Pierre Lemieux. Not only did he differentiated himself from all the other candidates by sending a strong, positive, well-rounded message to Canadians on life issues, his final speech was unanimously acknowledged by pro-life and pro-choice conservatives alike as one of the best of the evening.

John Ibbitson, The Globe and Mail

Despite the fact that Lemieux is not even a sitting MP, his donations doubled in the last quarter and his total number of donors quadrupled. No other campaign experienced such growth. He came third overall in donor support, and in some provinces like PEI and Manitoba, he came in first and second.

While Brad Trost received more points than Pierre, his support was concentrated in a few key ridings. Pierre’s support was more broad and on the first ballot, Pierre actually overtook Trost 60% of the time as per the graph below. 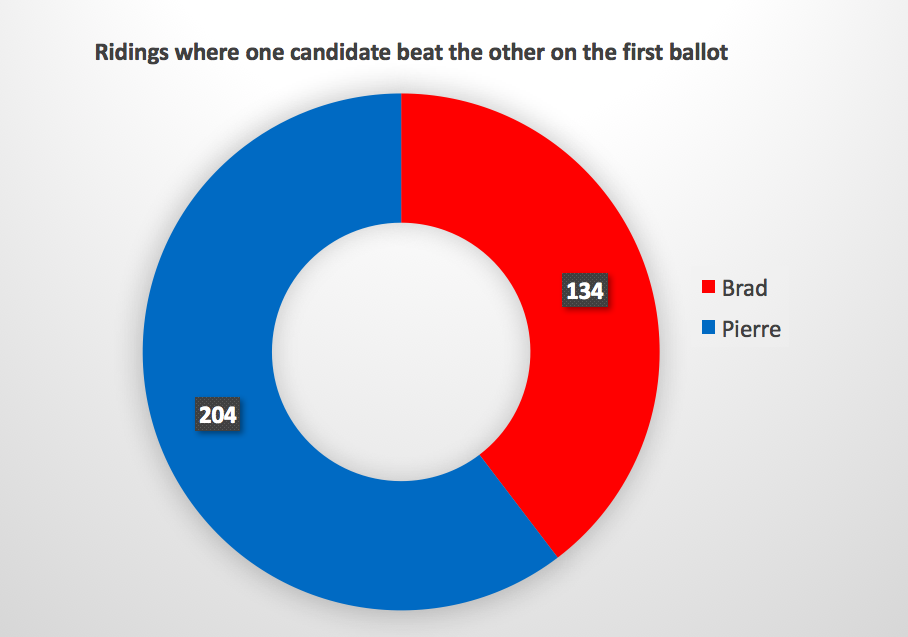 This is important because, as Lemieux put it in a recent iPolitics article prior to the results, “he’s been a voice for the party’s so-con wing in the race, other candidates are now reaching out to anti-abortion groups and “trying to talk their language.”

We certainly saw this not only throughout the debates, but also in our interviews with each of the candidates. 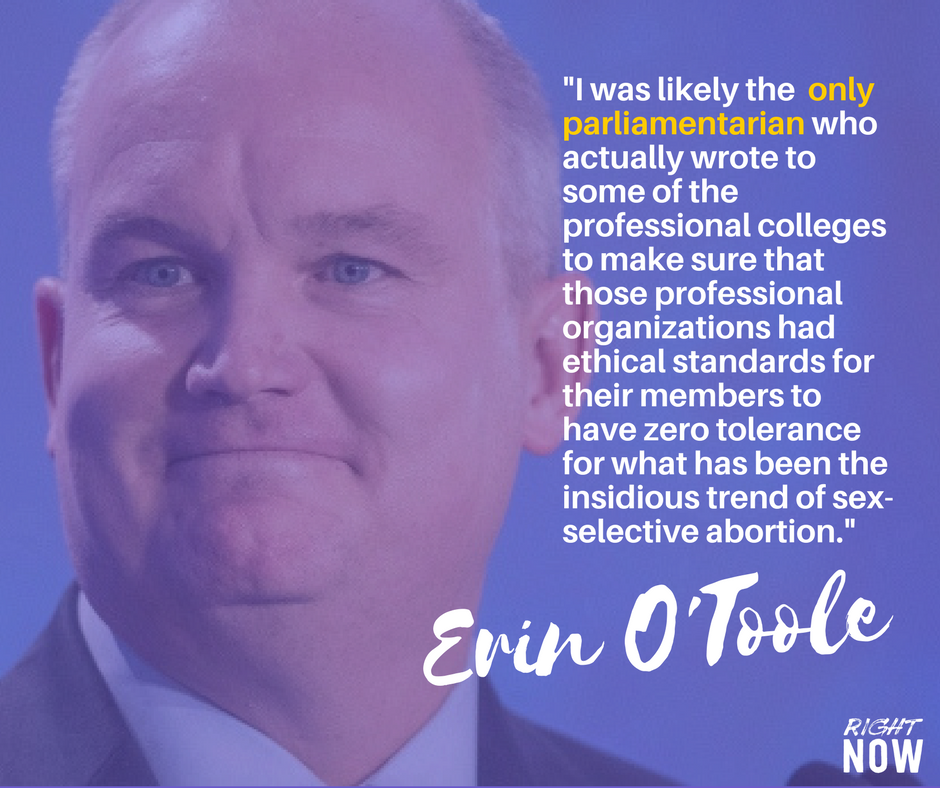 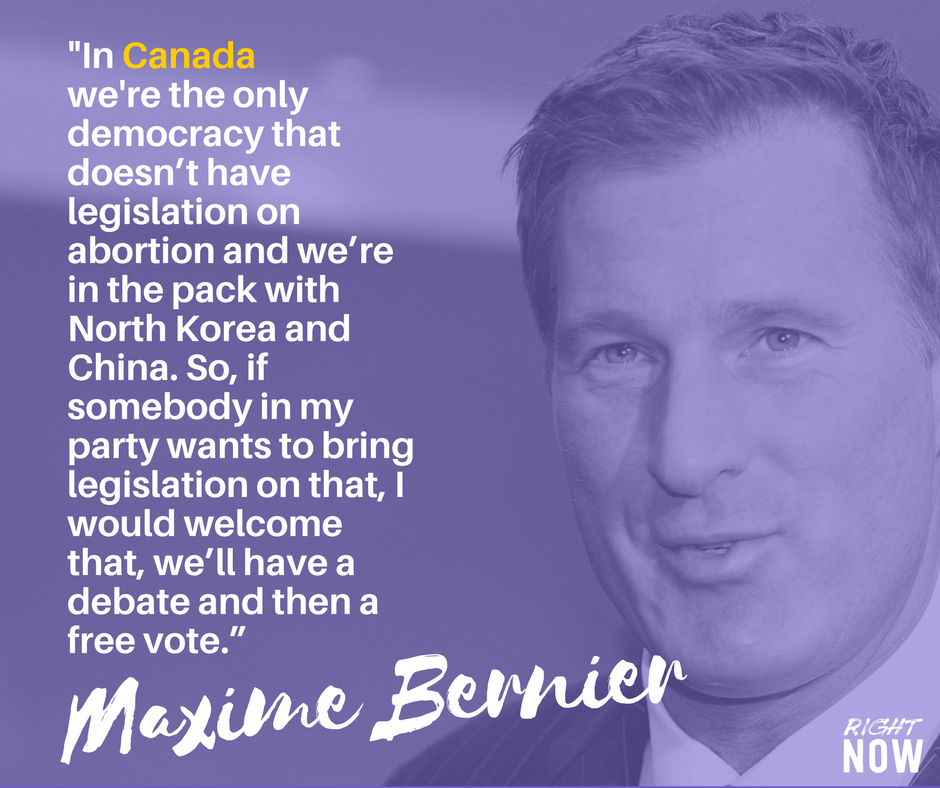 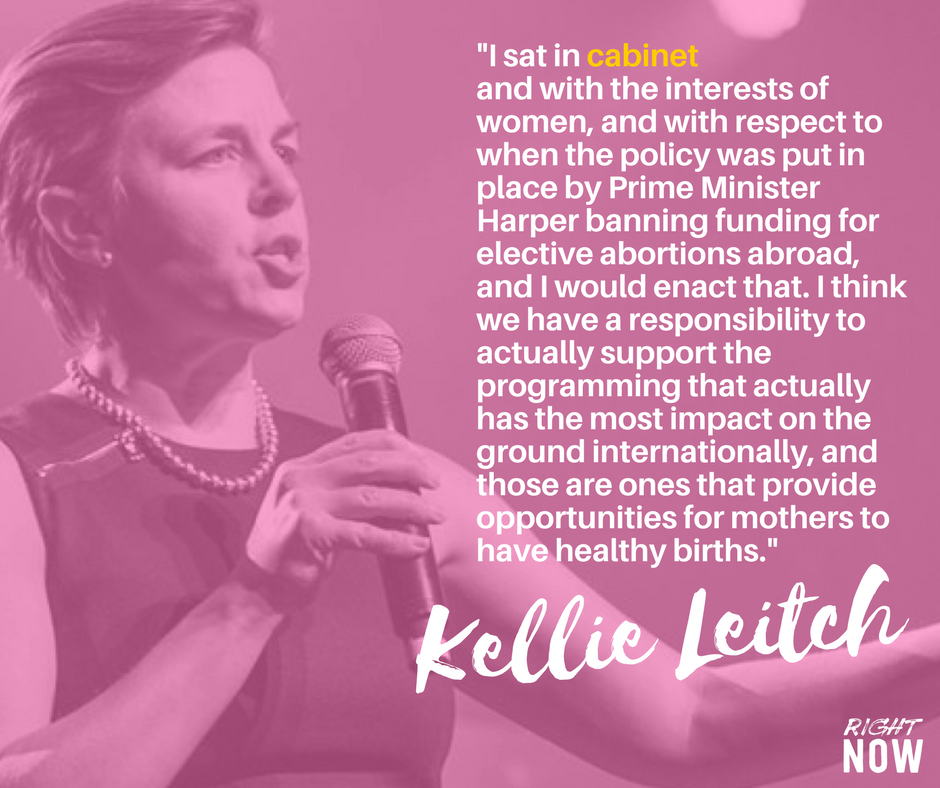 Not only that, but according to the Hill Times, Lemieux’s votes and influence was when the race started to turn around in Scheer’s favour.

“Perhaps the loudest reaction of the night—much of it a mixture of shock and dismay—came in response to the ninth round ballot results, which saw Mr. Scheer’s point-count make a significant jump after Mr. Lemieux dropped off (by roughly 2,000 points), closing the gap on Mr. Bernier.”

Pierre Lemieux is one of the most solid, well-rounded pro-life politicians that Canada has ever seen, and much of his success helped clinch Andrew’s victory. This sends a strong message to the Conservative party that this approach works, and resonates with Canadians.

One thing pro-life supporters need to understand is that we are playing the long game. And we don’t mean that we do the same campaigns over again year after year and wait for things to magically change. We also don’t mean waiting for the culture to change before the laws change. We have elected a pro-life leader, but there is only so much he can do at this point politically, because he does not currently have enough pro-life MP’s within the party to back him. Just because we have elected a pro-life leader does not mean he can walk into the House on Monday morning and start passing bills to restrict abortion. It also doesn’t mean he can bellow from the rooftop that he is pro-life or forcefully push this issue forward. The Conservative Party along with the greater Canadian landscape is not fully united on this issue. That being said, there are many issues that Canadians do agree on, which is what both Andrew and Pierre repeatedly said over the course of their campaigns. That is our starting point.


“If social conservatives have 50 things they are wanting to accomplish, maybe 30 of them would be divisive and wouldn’t enjoy broad-based support in our own caucus,” Scheer said. “So, let’s work on the other 20.”


The next federal election is in 2019, which means nominations for each riding will begin early next year. RightNow we will be targeting 50 winnable ridings which means it’s imperative we have at least 20 pro-life volunteers in each of those ridings to help the local pro-life candidate win their nomination. It’s easy. You don’t have to know anything about politics to help. And it can be done on your time, whenever you have a few minutes to spare.


With a pro-life leader already in place who votes according to his conscience, along with our plan and your help to nominate and elect 50+ new pro-life MP’s by the next election, we are quickly creating a path for victory. Be patient. Be pro-active. And be prepared. If you follow a strategic, results-driven plan and meet our goals, legislation will come sooner than you expect.

This particular leadership race got pretty messy at times when it came to the social conservative vote. With some pro-life groups going so far as to actively dissuade people from voting for Scheer to the Trost campaign sending repeated e-mails not only attacking Scheer but also the pro-life MP’s supporting Scheer and RightNow's Alissa Golob, people got confused. Causing confusion and leading voters astray is one of the worst things we can do for the pro-life movement since we only comprised roughly 25% of the leadership vote.

Make no mistake, if pro-life supporters followed the advice of the Trost campaign and groups like Campaign Life Coalition, Andrew Scheer would not have won. It was only because pro-lifers actually ranked Andrew Scheer on their ballot that he received enough votes to propel him to victory. In fact, if half of those who placed Brad Trost in their number one position on their ballot followed the advice of Campaign Life Coalition, this is how the leadership race would have played out. 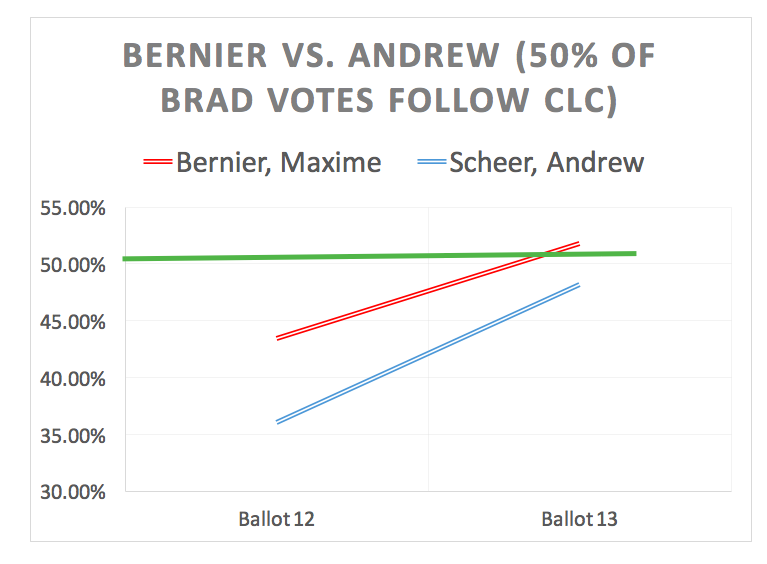 Another way to look at it is this: at least 17% of people who put Brad Trost as their first choice on their ballot needed to follow Campaign Life Coalition's advice not to rank beyond their first two spots on the ballot OR to follow the Trost's campaign in ranking Bernier in the top five, in order for Scheer to lose. Thankfully we, along with other pro-life organizations, were able to convince over 80% of Brad Trost supporters to do neither.

When we are smart, we have a major influence on who our elected politicians will be.

Throughout the leadership campaign, we at RightNow had to take valuable time and effort away from helping pro-life candidates and their campaigns, to defend ourselves along with Andrew Scheer from Trost campaign emails and the CLC voter’s guide.

It is impossible for unity to occur if pro-life supporters are following ineffective strategies that only set us further back. The art of unity doesn't happen with futile attempts at trying to persuade all pro-life organizations to do the exact same thing, because despite being in the same movement, many are diametrically opposed to others on how to achieve success. Some prefer traditional forms of activism while others embrace forward-thinking and modern strategies.

Unity can only be achieved when pro-life Canadians follow and support effective strategies that are fueled by results.

What's next for the pro-life movement?

If you are buoyed by Scheer’s win, and many of the wins we’ve highlighted in the past year since our organization was formed, now is the time to keep the momentum going. Along with the 50 federal ridings we will target next year, we are in the midst of provincial nominations in Ontario. Regardless of what province you live in, you can help pro-life candidates win. Whether it’s calling to remind people to vote, or door-knocking to identify pro-life voters, the strategies we engage supporters to do are vital to the success of the pro-life movement.

Pro-life volunteers can oftentimes make the difference between a pro-life candidate winning or losing, even when we’re the underdogs. If you want to see pro-life legislation passed in Canada, this is where to start.

“There’s no question that social conservatives came out in force tonight…. let’s be honest, they also exist in other parties. There are people like John McKay and others in the Liberal party who are very socially conservative, small ‘c’ conservative, in their views. They are part of the Canadian mosaic, and their voices will be heard in our party just like they will be in other parties.”- Former MP Peter MacKay, CBC

Regardless of what party you’re from, what religion you are or how old you are, you can make a difference electing enough pro-life MP’s to stand up when the time comes to vote in favour of pro-life legislation. That’s why we exist. To help guide pro-life voters build political capital and move the political yardsticks forward towards inevitable legislation.

The leadership race was monumental because it showed not only the country, but politicians how much strength our voting block really has. And the best news is these victories have only just begun.