Home > Blog > Seven Things You Need to Know Before You Fill Out Your Leadership Ballot!

Today is the day.

Today is the day that the last of the ballots are mailed by the Conservative Party of Canada to eligible members to vote for the leadership candidates.

Today is the day.

Today is the day that the last of the ballots are mailed by the Conservative Party of Canada to eligible members to vote for the leadership candidates.

We have worked our butts off at RightNow to grow our database of pro-lifers across the country, inform them of the political process, and sell them memberships to the Conservative Party of Canada so that they can vote for the pro-life leadership candidates. For all those volunteers and those who have purchased their membership: thank you.

Now we enter the getting out the vote (GOTV) stage. But before we do, there are a few things we’d like to talk about:

1. How the ballot works

There are many resources that you can use to inform yourself on how the ranked ballot works and how a leader is elected. You can visit our website, check out this video from the Party, or check out our video we released today.

The last time there was a new leader elected for the Conservative Party of Canada was in April 2004. That was 13 years ago. Do you know what was happening 13 years ago? 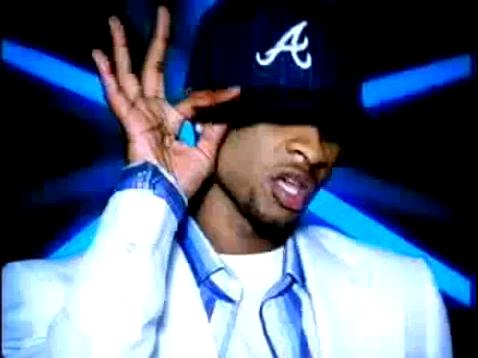 I know what you’re all thinking what I’m thinking: you can’t wait to see what Usher releases in another 13 years in 2030! Yeah, that’s right 2030. That may be the next time there is a leadership race for the Conservative Party of Canada.

3. Likelihood of utter failure is low

Say what you want about Prime Minister Trudeau and his campaigning skills in the last election, but his governing skills are subpar. Almost halfway through his mandate, his government has managed to pass only a handful of bills despite having a comfortable majority in the House of Commons and a virtual majority in the Senate.

Additionally, Justin Trudeau and the Liberals are weakening. Poll after poll since Christmas indicate that Canadians, especially in key places such as the Greater Toronto Area and the Lower Mainland are switching their support for Justin Trudeau in key ridings.

Despite enjoying a majority government with the Conservative Party of Canada busy focused on a leadership race with (then) 14 candidates, the Liberals saw their vote share decrease in all five by-elections at the beginning of this month. Two ridings in Calgary, one in the GTA, another in Ottawa, and one more in Montreal. 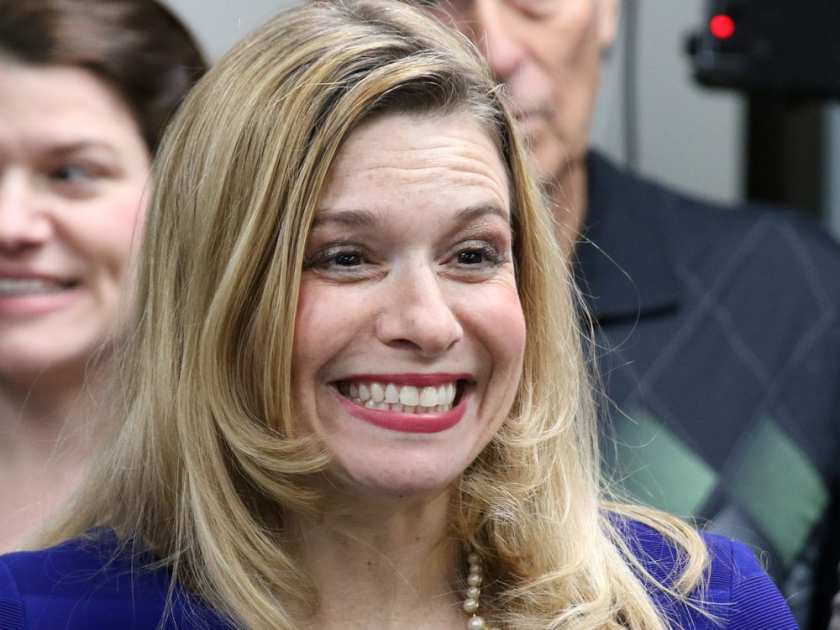 What does that do?

Well, it pushes down the yardsticks as to when the next leader will be elected. 2030 could turn into 2033.

There is an old, tired adage in the political pro-life movement of all or nothing for the last number of years.

I hope those old, tired pro-lifers are enjoying their nothing, because I’m not. And neither should you.

It is vitally important that pro-lifers rank the three candidates with their perfect pro-life voting records at the top of their ballot. They are the ones who have put their lives on hold, ran for nominations, sold thousands memberships, traveled thousands of kilometres across their ridings, took time away from raising their young families, have taken pay cuts, and have sacrificed other career opportunities just for the opportunity to happily stand up each and every single time in the House of Commons to vote perfectly on behalf of our movement, with all three knowing that they may lose their seat in the next election because of it. All three deserve to be at the top of every single pro-life member’s ballot.

You owe them that.

I owe them that.

But beyond that, there are signs of hope for the pro-life movement amongst most of the other leadership candidates. Compared to the last leadership race in 2004, this one is already a significant improvement. The abortion issue was not directly addressed by any of the leadership candidates in 2004.

Every single one of the 11 leadership candidates we interviewed said they would not stifle their caucus members as leaders from bringing forth pro-life private member’s bills.

Every single one of the 11 leadership candidates we interviewed said they would not whip their backbenchers into voting against pro-life legislation.

Ten of the 11 leadership candidates we interviewed said they would not whip their cabinet members into voting against pro-life legislation.

This is a massive improvement from 13 years ago. And these people deserve your attention and potentially votes down ballot. Not all the remaining leadership candidates after Pierre Lemieux, Andrew Scheer, and Brad Trost are equally pro-life or not pro-life. They have different voting records and they promise to do or not do different things regarding the issue as future party leader and prime minister.

And unlike other “political” pro-life organizations in Canada, we actually spoke with these leadership candidates. Directly. We don’t assume and we don’t engage in conjecture. We did the hard work and the smart work (that is what our investors expect of us and what you should expect of any political pro-life organization) and we found what they had to say and what their ideas were regarding the pro-life issue. It can all be found in our interviews with the leadership candidates.

A leader of a political party who is 0% pro-life is 100% pro-abortion. Enter Justin Trudeau. The Prime Minister is 100% pro-abortion, being more than happy to take pictures with the President of Planned Parenthood and spending $650-million in Canadian’s hard earned and highly taxed money to fund abortions overseas in third world countries.

Oh, and third world countries that don’t allow abortion? He is funding pro-abortion groups to change the laws in those countries to allow for abortion. 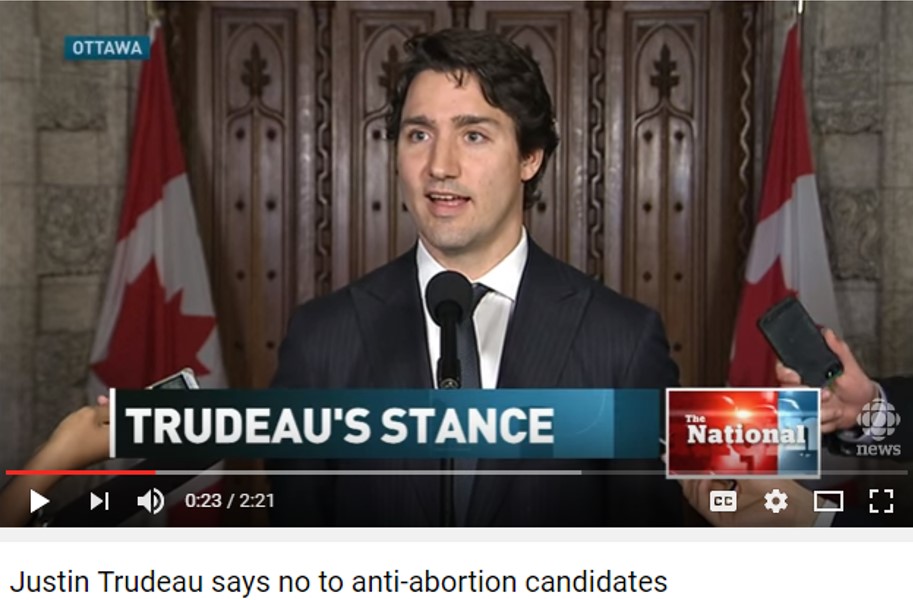 Often, I hear pro-lifers lament that Americans have it so much better in the United States in terms of passing legislation at the state level and now defunding Planned Parenthood at the federal level.

How did that happen?

I can assure that it wasn’t magic. And it wasn’t by not getting involved in the political process. It took years (almost twenty, in fact) for the pro-life movement to have a pro-life majority in the House of Representatives, the Senate, and a pro-life President. In fact, the Susan B Anthony list started doorknocking two years before the vote in key swing states. They did the smart ground work and they got the results.

6. But what about Kevin O’Leary?

The guy was 100% pro-abortion and he is no longer running for the leadership of the Conservative Party of Canada. Good and good riddance. 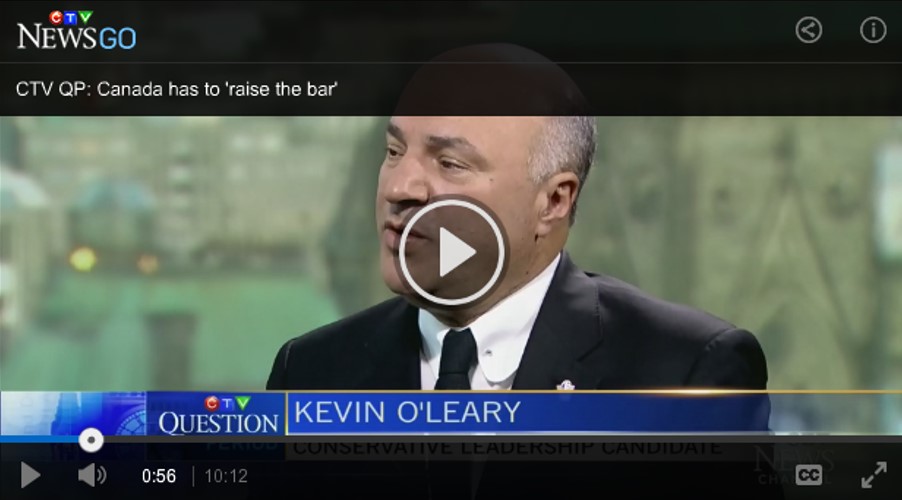 Click to find out all of Kevin's thoughts on abortion

Now that he is gone, we can focus on what truly matters: electing the most pro-life leader that we possibly can.

7. Be prudent and don't be scared of success

13 years. Keep thinking about that. We, as a pro-life movement, may only get another shot at electing a pro-life leader of the Conservative Party of Canada in 13 years. So, absolutely rank the top three perfectly pro-life leadership candidates first.

But don’t stop there.

And don’t be scared of success.

It comes in many forms and in ways that you may not initially realize.

If Pierre Lemieux doesn’t win the leadership, but defies expectations by ranking high on the first ballot, then we have sent the Party (and the country) a strong message: pro-lifers are numerous, organized, and engaged. And if Andrew Scheer surges after Pierre Lemieux is unfortunately dropped off, that sends a message to Andrew and his team. They will know who they owe their victory to. They will know that pro-lifers are numerous, organized, and engaged. They will know who will be working ahead of everyone else to win nominations for the 2019 federal election.

As pro-lifers, we don’t have to always be the martyr. We have been playing that card hard for 37 years and the only thing it has produced are the wrong kinds of martyrs every single year. In fact, 100,000 of them every year.

As pro-lifers, we can work with someone who is 75% with us. Remember, they are not 100% against us. The math doesn’t add up. It is not an all or nothing proposition. Pro-lifers can have a strong and reasoned voice in a government under Maxime Bernier, or Erin O’Toole. All of whom have said as much. That is success. That is moving the yardsticks for effective pro-life legislation.

And as pro-lifers we can, should, and must work with someone who is 100% with us. Andrew Scheer has a 100% pro-life voting record and as per my friend Jonathon Van Maren's recent blogpost, there is no question that he is on side with us, his fellow pro-lifers. Instead of repelling success, we should be embracing it and using it to advance the pro-life cause in the political arena.

As Dr. Jordan Peterson likes to tell his audiences as of late, play it out. This is an extremely important ballot for pro-lifers. Do not be imprudent. Do not be rash. Do not be politically naive. Have patience, work smart and hard, and play the long game to success. There is no easy way to getting pro-life legislation, as what we have seen in the United States. It can be done and it will be done, but only if you actually do it.

It is not a demand, but a recommendation.