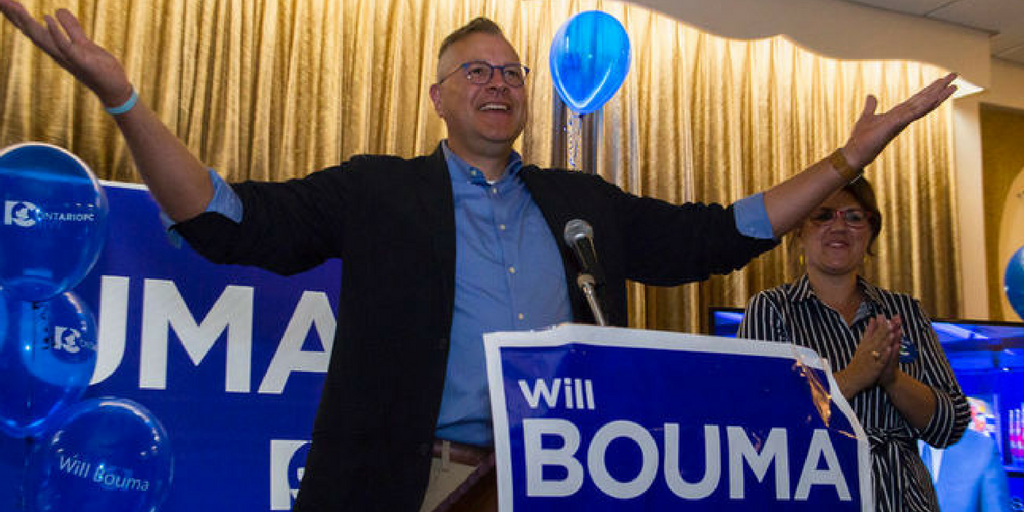 Thursday night was an historic provincial election in Ontario. For the first time in over 20 years, the Progressive Conservative Party under leader Doug Ford won a majority in the provincial legislature. This was the first election RightNow has been involved in since we were created in 2016, so we look forward to unpacking how the PCs finally  managed to win, all with a pro-life lens. So let's get to it.

The last time the Progressive Conservatives won a majority government in Ontario was the 1999 provincial election. Under Doug Ford, the PCs won 61% of the seats in the Legislative Assembly based on just over 40% of the popular vote.

To the NDP’s credit, they won 32% of the seats based on 33.5% of the popular vote, forming the largest Official Opposition (in terms of proportion of seats) to a majority government since the 1999 election.

In fact, the seat count for the Liberals is so low, that for the first time ever, they have lost official party status in the Legislative Assembly of Ontario.

What does that mean?

Since the 1960s, the Standing Orders (rules) have stated that in order for a caucus to be recognized as an official party, they must win at least eight seats.

No party that has lost official party status has come back to win government.

And to add insult to injury for the Liberal Party of Ontario, there are now more pro-life MPPs than Liberal MPPs in the provincial legilsature. How many more? 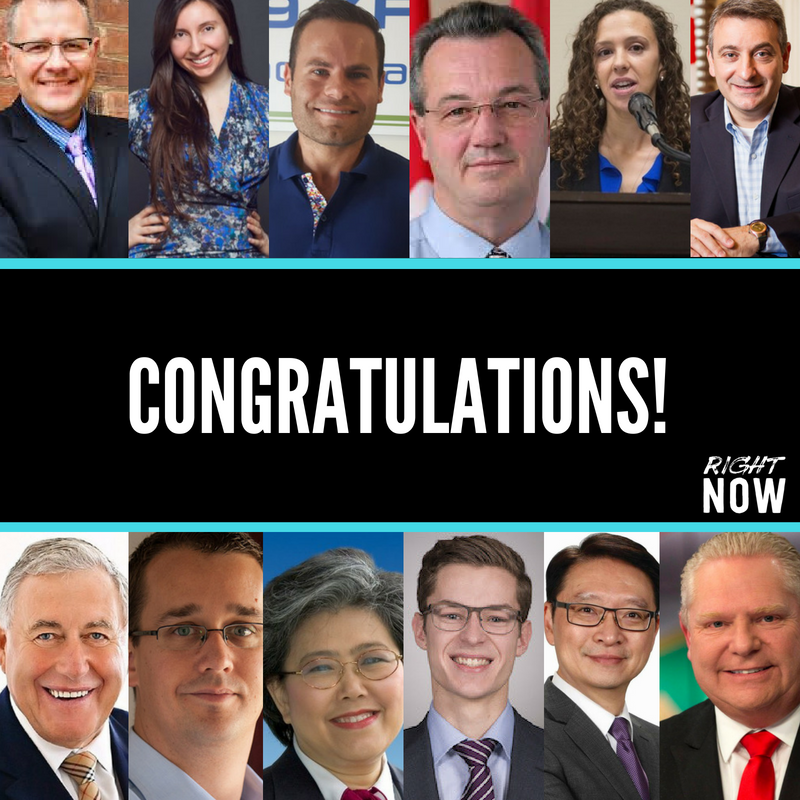 How did the pro-life candidates do?

There were seventeen pro-life Progressive Conservative candidates running for election in the 2018 Ontario general provincial election. Of those seventeen candidates, eleven won their seats. That is a win rate of 65%.

For comparison, in the 121 federal Ontario ridings in the 2015 federal general election, the average margin of victory for all candidates was 7,375.

So, what does this mean?

So, what about the pro-life candidates that lost? 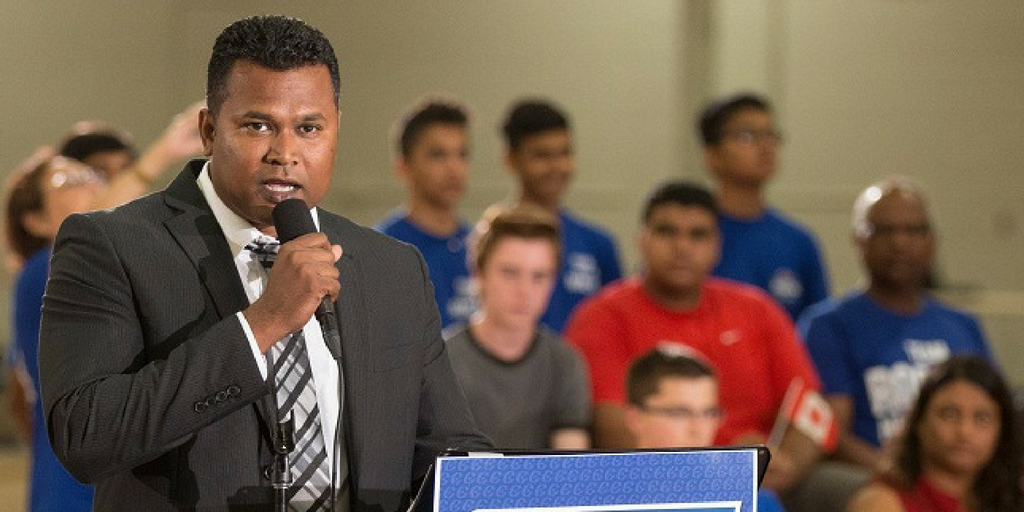 If we break down into the six ridings of the pro-life candidates who lost, we still see some rather impressive numbers. The closest margin of loss for a pro-life candidate on Thursday night was by 81 votes in Scarborough-Guildwood. Roshan Nallaratnam earned 11,884 votes while the winning Liberal incumbent, Mitzie Hunter’s 11,965 votes.

When RightNow first started, the nomination races for most Progressive Conservative of Ontario candidacies had not yet begun. The first one we were involved in was for Sam Oosterhoff. After Sam’s historic win, then-leader Patrick Brown, and certain people on his team began to disqualify nomination candidates, including many pro-life ones, purely because they were not his candidate of choice. In one instance, a nomination candidate we had been helping for months was disqualified the night before his nomination race, despite selling 3 times more memberships than his opponent. This was the party we were dealing with during the short-lived Brown era.

In other cases, people would show up at nomination races for the Patrick Brown-favoured candidate with hundreds of members who were not actually members of the Party, and even worse, cases where Party staffers would stuff ballot boxes to favour Patrick Brown’s candidate.

It was at this point in the early part of 2017 that we noticed the NDP starting to pick up steam in southwestern Ontario. Given the way nominations races were going, that polls were going, and the serious lack of volunteer support that a lot of PC candidates were facing, RightNow made the strategic decision to focus on other provinces and be ready to fight a leadership race, if and when Patrick Brown (given his trajectory at the time) was defeated on election day.

That all changed in a terribly-staged press conference on January 24, 2018. 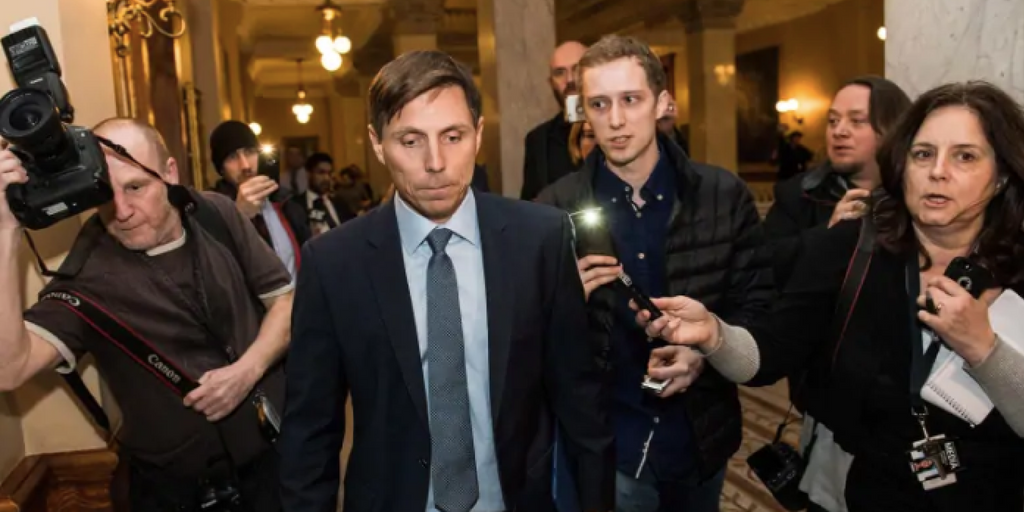 After Patrick Brown was forced out by his own caucus, those plans to help in a potential leadership race got expedited. One of the shortest leadership races in the province was underway, where pro-life voters were instrumental in not only choosing the new leader of the Party, but ultimately the new Premier.

However, the issue of candidacies could not be resolved at that time. Over 75% of the candidates had been nominated by the time Doug Ford won the leadership. While there was a smattering of pro-lifers, most were not pro-life or were unknown to the movement.

It's for exactly this reason that having a sympathetic leader who is open to having pro-life members of caucus, and who will not stifle pro-life candidates from running in nominations or from bringing forward legislation is so incredibly key; even if that leader is not strongly pro-life themselves.

The pro-life movement cannot let perfect be the enemy of good. If we can elect a supportable leader, this will allow us to elect a pro-life caucus. That's where real change happens.

What about non-Progressive Conservative pro-life candidates?

Before Thursday night and one time in 1995, the last time a political party that was not the Progressive Conservatives, Liberals, or NDP won a seat in a general provincial election in Ontario was in 1951.

Think of it this way, in the 18 general provincial elections since 1955, third party candidates have won two seats out of 2,079 seats contested. That’s a success rate of 0.1%. Ask any person involved in business if they’d like to invest in a project that has a return on investment of 0.1% and see what they say.

It is unwise and dangerous for any pro-life political organization to support fringe, pro-life candidates against mainstream pro-life ones. For example, pro-life candidate Will Bouma barely won his seat on Thursday night with 621 votes. There were two other reportedly pro-life candidates running in that riding, who together garnered 942 votes. Had Will lost because of those votes, that would have been one less pro-life vote in the provincial legislature. We are not in the position of taking for granted votes in any legislature, provincially or federally. And that almost happened.

How does this translate federally? 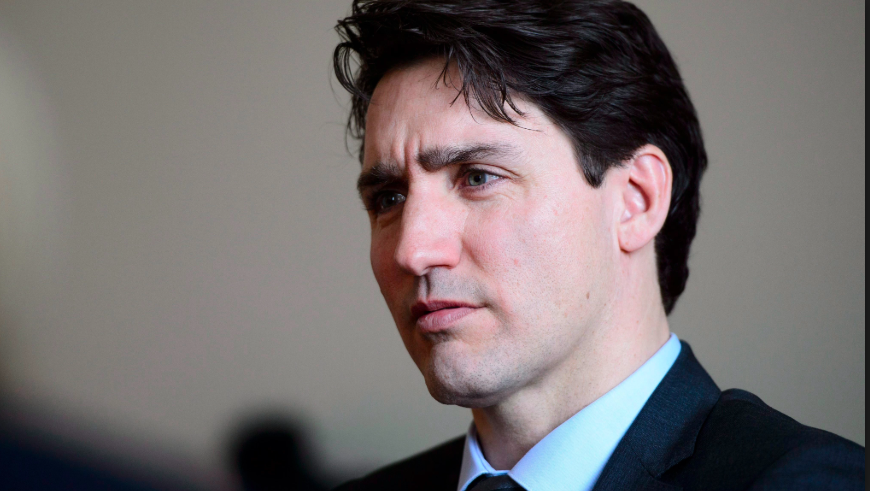 In Ontario, the majority of the 124 provincial ridings share the same boundaries as the 121 federal ridings in the province. The three exceptions are additional provincial seats in the northern part of the province. Therefore, we can look at the data provincially and federally in Ontario in a rather interchangeable fashion.

The conservative brands are strong and growing in Ontario. According to most polls, the federal Conservatives are leading in Ontario, particularly in seat-rich areas around the Greater Toronto Area (GTA). At this rate, give the current polls and the results from Thursday night’s election, it looks as though that the federal Conservatives are poised to win a number of federal seats in the next federal election.

We want to make sure that well-rounded, pro-life candidates win the Conservative Party of Canada nominations in those key ridings.

The importance of volunteers

One of the closest margins of victory for a pro-life candidate on Thursday night’s provincial election was for Will Bouma in Brantford-Brant. Will won the seat by 621 seats, or 1.08% of the total votes cast. On average, each pro-life volunteer can identify 72 new supporters for a candidate by doorknocking one night per week for eight weeks leading up to election day. We were able to send enough RightNow volunteers to Will’s campaign to help him secure the win on Thursday night.

What can one more pro-life vote possibly do in the Legislative Assembly?

Remember that the last piece of pro-life legislation to pass second reading in the federal Parliament lost by a tied vote in the Senate on third reading. Remember that the Paul Martin minority government, facing a vote of non-confidence in the House of Commons (which, if he would have lost, would have most likely forced a federal election) won the vote on a tied vote.

Votes in our legislatures matter.

The next time that you receive a call from a RightNow volunteer asking for you to invest time in a pro-life candidate, say yes. If you are working, if you are looking after young children, if you are not physically able to get around easily, don’t worry. There is something for everyone to do and there is always time to do it. We will provide all the training and tools necessary to help you realize pro-life political success. But we need you to say yes. 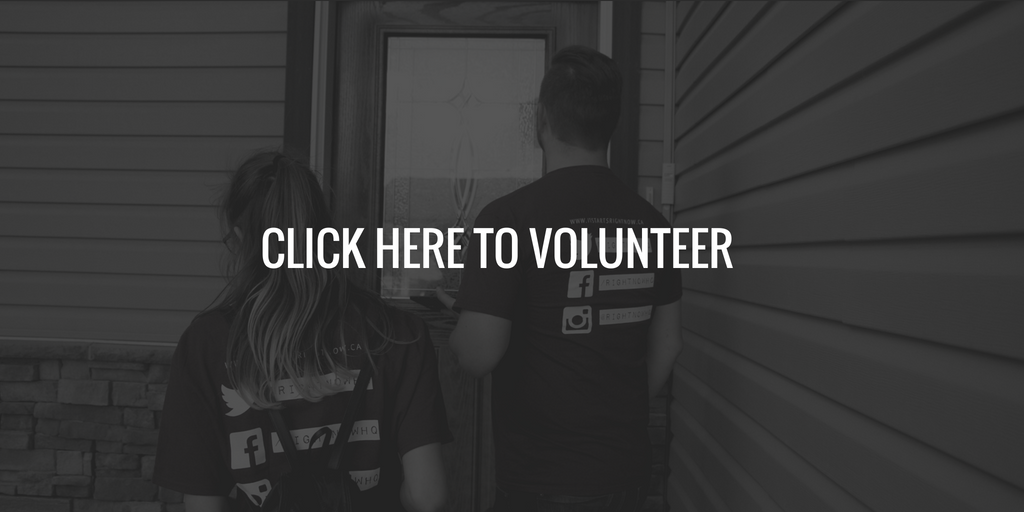 Nominations are the first and necessary step. If pro-lifers don’t win nominations, then pro-lifers cannot build a pro-life majority in our legislatures. 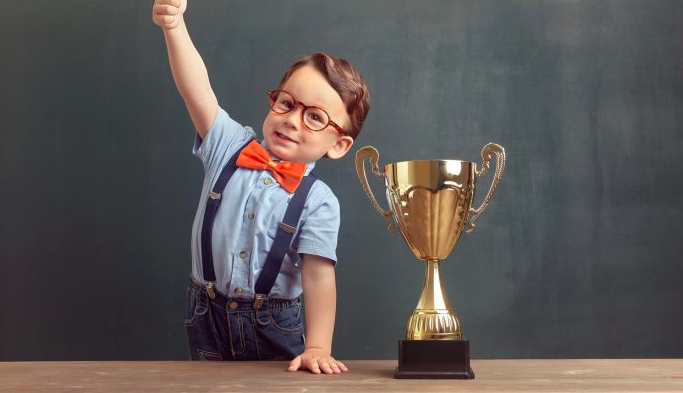 We have won nominations and by-elections, electing young, talented, well-rounded pro-lifers to office. The youngest female in the Conservative Party of Canada caucus is pro-life. The youngest person elected to the Legislative Assembly of Ontario in history is pro-life. All the female pro-life candidates that ran in Thursday night’s election are now MPPs-elect.

We have increased the number of pro-life MPPs in Ontario from four to at least eleven, with a Premier who is on record saying that he is supportive and open to pro-life provincial legislation being introduced and passed in Canada’s most populous province.

We have two historic elections for the pro-life movement on our doorstep.

Albertans will be going to the polls on May 31, 2019 to elect a new government. The United Conservative Party of Alberta (UCP) is projected to win one of the largest majorities in the history of the province. In their provincial legislature, 44 seats are needed to form a majority. So far, RightNow has identified 48 well-rounded, pro-life candidates to run for UCP nominations. Should these candidates win their nominations and their seats, the pro-life movement will have won the first parliamentary pro-life majority in decades across Canada.

The ability to pass pro-life legislation to protect women and their unborn children will be unprecedented.

The Conservative Party of Canada is projected to unseat the current Liberal government. Should the Conservatives win the next federal election, it will be only the third time in history that a one-term majority government is defeated in the succeeding election. 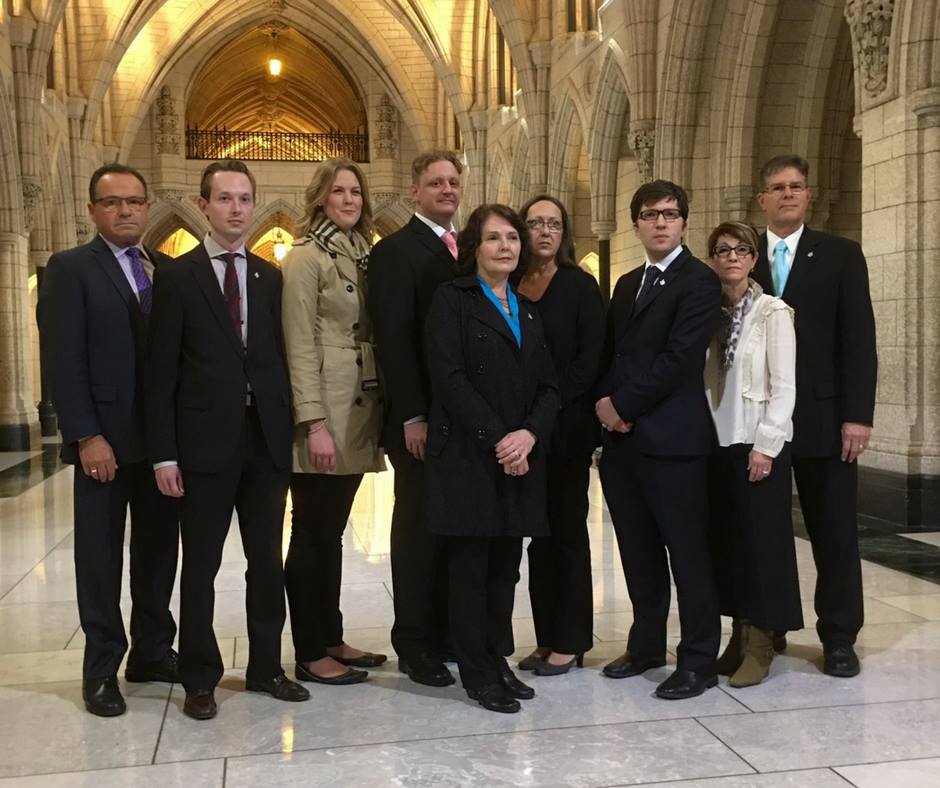 RightNow is targeting 50 winnable seats across Canada for the next federal election. We have identified well-rounded, pro-life candidates to run for the Conservative Party of Canada nominations in over half of these seats, so far. Pro-lifers winning these seats will be instrumental in the pro-life movement building toward a pro-life majority of seats in the House of Commons.

We need pro-life legislation to help women and save children.

To get pro-life legislation, we need an elected pro-life majority.

To get an elected pro-life majority, we need pro-lifers to win nominations.

Political pro-life victories start and end with pro-life volunteers. Will you join us, right now?