At the third trimester, the unborn child is usually viable, her heart is beating, her main organs are formed, she can likely feel pain, she can recognize her mother’s voice. And yet, in Canada, it’s not illegal to abort – that is, to end the life of this unborn child – at any given moment of the pregnancy, including, therefore, the third trimester. The majority of Canadians are against this practice. Many are not aware that there isn’t a law against late-term abortions in Canada (the only democratic country with no laws against abortion in fact). Hence, learning that Canadian women have abortions at that stage is often a shock for many. That’s normal: it’s a rather brutal and immoral reality. 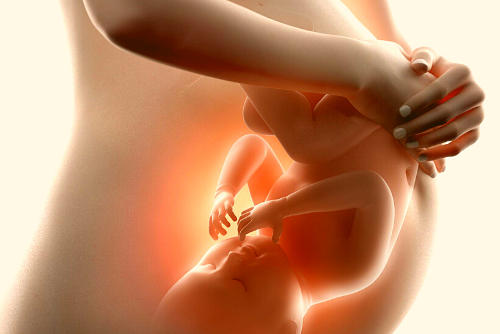 In Quebec, where data is not fully available to the public, there are, on average, at least 20 per year. Since the pandemic however, this number is climbing according to the Journal de Montréal: in the numbers that aren’t hidden from us, we can see that the province went from around 20 late-term abortions per year to 36, and this “increase is continuing[1]” this year. 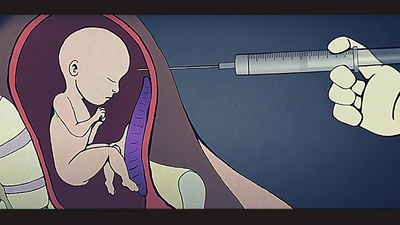 “36, that’s not very many” you may say, with a shrug. If seen as a simple number, 36 may indeed seem low, only I’m ready to bet that most people who will shrug their shoulders never took the time to truly consider what a third trimester abortion is. Doctor Anthony Levatino (who performed over 1,200 abortions) describes, in accessible medical terms, one type of late-term abortion here: I dare you to watch it. To sum up doctor Levatino’s words, third trimester induction abortions are done by injecting a needle of digoxin (or potassium chloride) in the head of the unborn child, causing a heart failure of the child. Labor is then induced, and the mother will give birth to a stillborn child two days later. An even more controversial example is that of abortion by dilation and extraction (D&X) where one dilates the cervix, moves the unborn child in a breech position, then extracts the body of the unborn child, except for her head, which remains in the uterus to be punctured in order to suction its content (killing the unborn child) after which the head will also be extracted. Does reading these lines or watching Dr. Levatino’s video make you uncomfortable? Good. Because third trimester abortions (and abortion full stop, in fact) is uncomfortable: it’s deeply troubling and unsettling even.

In short, in a country such as Canada, which is seeking to defend human rights and is an enthusiast of scientific development – hence well-aware of the science showing the humanity of these unborn children – it’s absolutely disturbing for these abortions to be allowed, regardless of the number. The fact that this number is increasing is certainly worrying, especially given that 36, in comparison with an annual 20 cases, still represents an increase of 80%. Yet, according to Le Devoir, the data concerning the overall number of abortions is declining in Quebec during the pandemic, and has been collectively declining for a few years in Canada. So why is late-term abortion seeing an increase of 80%? Perhaps simply because it’s now more accessible than it used to be. 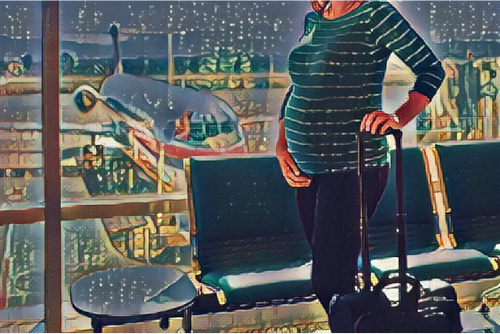 Indeed, another novelty underlined by Héloïse Archambault in her article, is that these abortions happen here at home, in Canada. This is something that the Legault government already wanted (a petition against it had been created by Campagne Québec-vie), since, previously, late-term abortions (aside from rare exceptions) were performed in the United States. A pregnant woman at third stage gestation wishing to abort her unborn child could do so, but had to go through the United States, a trip and procedure sponsored by the generosity of Canadian taxpayers, of course (let’s add that this is a surgery which is not only troubling and inhumane, but also rather costly: around 1,000 to 3,000 US dollars).

Because of the closed borders, the pandemic made things more complicated. In Quebec, third trimester abortions had to be performed locally, by changing hospitals every time. Ms. Archambault’s article also specifies that “only eight doctors perform these abortions in Quebec[2]”, that they are “stigmatized” (this observation by the Collège des médecins had also been reported by La Presse last year) and that it is difficult to “convince hospitals”, not to mention that “perinatal bereavement of women which have recourse to this abortion is often not acknowledged.[3]” If the health care workers are so reluctant to perform these surgeries, it might be because, on one hand, late-term abortions are never medically necessary; on the other – and mainly – because one must surely feel a stir of conscience in front of the obvious humanity of these unborn children. As for perinatal bereavement, it’s natural to mourn greatly when faced with the death of a human being: it seems to me that this mourning manifests, once more, the humanity of this human being who had her life violently taken away from her. 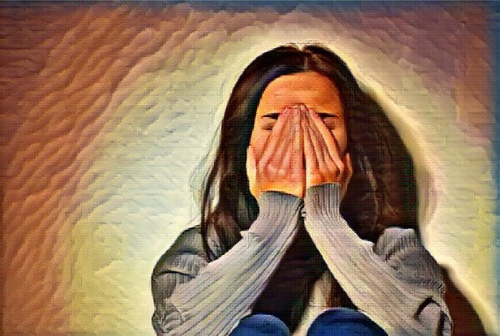 Although the taxpayers money is not paid out to fund these pregnant ladies trips to the United States anymore, we should note that third trimester abortions (as for all abortions in Canada) happen at the cost of the Canadian taxpayer nonetheless. You and I are therefore contributing to these local late-term abortions being carried out. In his Discourse on Voluntary Servitude, Étienne de La Boétie said that “so many men, so many villages, so many cities, so many nations, sometimes suffer under a single tyrant who has no other power than the power they give him; who is able to harm them only to the extent to which they have the willingness to bear with him; who could do them absolutely no injury unless they preferred to put up with him rather than contradict him.” I am convinced that one can apply the same principle to abortion: if third trimester abortion (or abortion period) is allowed in Canada, it is because we bear it; it is because we don’t dare contradict the current state of legal void. Does the voice of some pro-abortion extremists, such as Justin Trudeau’s, rise with strength? Can it be intimidating? Perhaps. But it only has the power we grant it. If you wish to resist concretely and act against this practice, join RightNow and learn more about the pro-life movement as well as about the ways through which you can make a real difference. 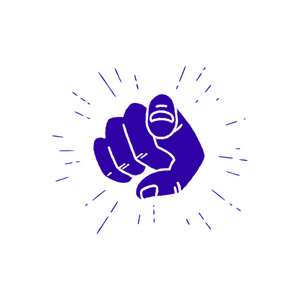