Home > Blog > The game of inches

THE GAME OF INCHES

One of the most important life lessons I have ever learned is the game of football. And no, to any soccer fans out there, I’m talking about real football.

The team with the most amount of points at the end of the game wins the game. 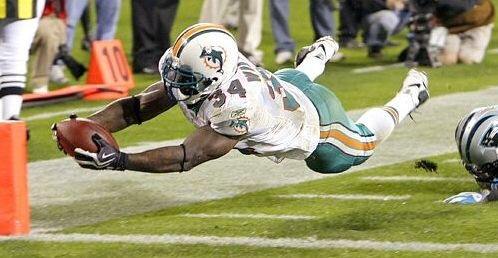 There is no perfect or specific way of winning a game.

Some teams win games with just field goals. Some teams win games with only one field goal and keeping the other team out of their endzone for the entirety of the game. Other teams win with many touchdowns. However if a team wins a game, the win is worth the same amount of points for a team’s placing in their division for qualifying for playoffs at the end of the season, regardless of how they won. A win is a win, no matter how beautiful or ugly.

Why am I saying this to you?

Well, besides being a massive fan of football and wanting to share God’s favourite sport with you, it is probably the sport that is most applicable to politics. 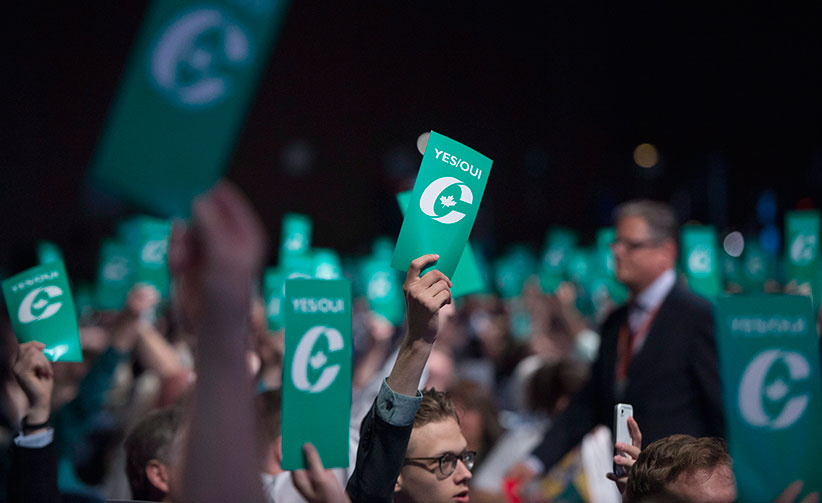 Policy proposals are written and submitted by the various 338 Conservative EDAs (electoral district associations). Policies advance to the Convention either through one of two methods:

At the fourteen regional meetings any member of the Party living in a riding within that region can attend to vote for the various policy proposals and the policy proposal with the highest amount of votes automatically goes to Convention.

Through IdeasLab (an online portal accessible for public viewing, but only available to the 338 EDA presidents for voting) where the 60 most popular policies, as determined by the EDA presidents, advances to the Convention.

Then at the Convention, the policy proposals are split up into three general categories (economics, social, and justice) and the 75 or so policies are assigned to a different room where delegates vote on the policies. Only the then most popular policies from each break-out session advance to the plenary policy session.

At Convention, we worked with other pro-life organizations such as We Need A Law and the Saskatchewan Pro-life Association to ensure that we had young, female, pro-life speakers in the break-out session and the plenary session to speak for pro-life policies. We identified and worked with young, pro-life politicians from both the House of Commons and the Senate to speak to our pro-life policy proposals in both the break-out and plenary sessions. We provided these speakers with prepared texts and worked with them to add their own voices to the texts. We lobbied the provinces with the smallest amount of delegates to ensure the double majority. We hosted an extremely popular hospitality suite where both pro-life and non pro-life politicians and party members attended to discuss and meet with one another. 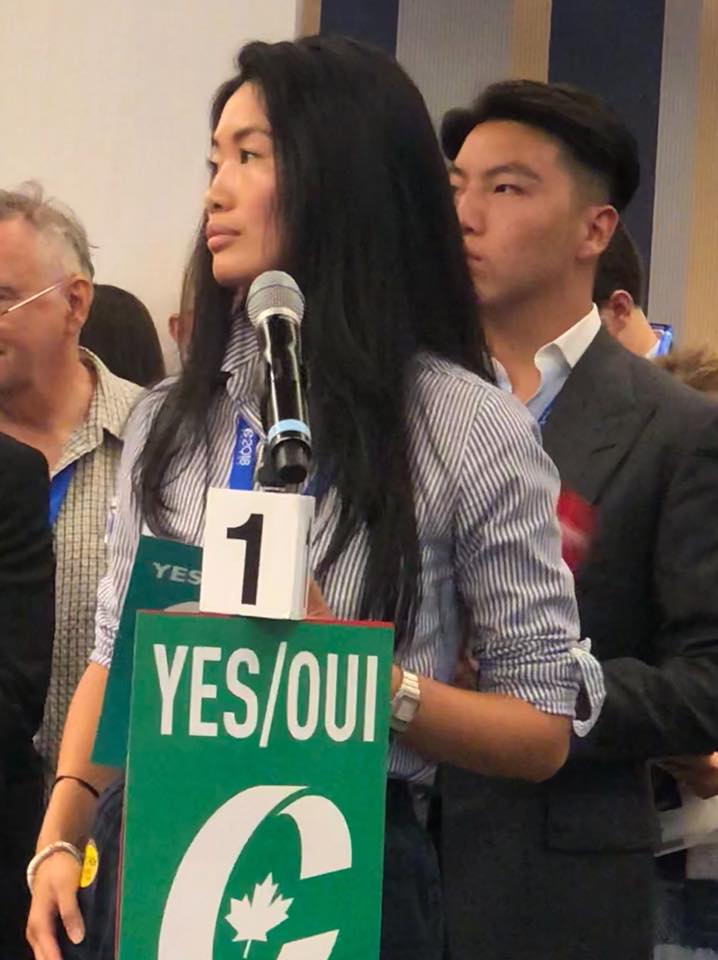 RightNow and the other effective pro-life organizations that we worked with recognized that the rules of the Convention would only allow the ten most popular policies to advance from each break-out session. While there were certainly more than ten well-worded and excellent policy proposals in Policy Room B (Social Policy), we focused on six and suggested to our delegates through text- and e-blasts to vote against the other policy proposals, even if they were positive.

There is no question that the Conservative Party of Canada is far more pro-life after the policy convention than beforehand. RightNow, working with the other effective organizations in the pro-life movement, were successful in seeing the following pro-life policies passed:

We support legislation to ensure that any child born alive shall receive the full benefits of life-saving care, and neo-natal intensive care to give every opportunity possible for the child to sustain life.

The Conservative Party believes that it is unethical and wrong to require applicants for government-funded programs to sign a values test attestation endorsing government ideology in order to be eligible to receive government funding.

The Conservative Party of Canada opposes the extension of euthanasia and assisted suicide (MAID) to minors, to people who are not competent and people who live with psychological suffering.

The government should work with provinces and territories and professional medical groups to develop a National Palliative Care Strategy and adopt appropriate legislation to provide timely and equitable access across Canada to palliative care which affirms life, regards dying as a normal process and excludes euthanasia and assisted suicide (MAID).

Abortion should be explicitly excluded from Canada’s maternal and child health program in countries where Canadian aid is delivered, since it is extremely divisive – and often illegal.

At RightNow, we worked with other effective pro-life organizations through a series of game theorem scenarios to determine what could be passed and how it could be passed. After going through an analysis, it was determined that while the B2 amending proposal was strong and well-worded, it would not pass (because the number of pro-lifers attending the Convention was not sufficient) and that it could harm the chances of the B7 deleting proposal from passing. It was a situation of one or none and in the end, RightNow and our partnering pro-life organizations decided to push for B7, as it had a higher chance of support amongst Convention delegates who were not pro-life as opposed to B2.

A major policy proposal that RightNow worked to see passed was the elimination of the current Article 65, which reads:

A Conservative Government will not support any legislation to regulate abortion.

This policy proposal passed the Newfoundland and Labrador regional policy meeting and thus automatically went to Convention. In the break-out room at Convention, the policy was the third-most popular in the room and passed with 83% of the participants voting in favour of the policy.

In the plenary policy session the next day, RightNow worked with various speakers, who had the following to say:

However, the chairs of the plenary policy session allowed for two more speakers, one for and one against. This was a controversial decision since the chairs did not allow for additional speakers on any other proposal in the plenary policy session and the con speaker at the mic was Lisa Raitt, a failed leadership contestant, who had the following to say:

The result was that the policy proposal failed by a margin of 53% to 47%, with a vote difference of 806 votes against and 701 votes for the proposal. That means if 106 more pro-life candidates were at the Convention, then the policy would have passed. That’s one extra pro-life delegate for one out of every three ridings.

Unlike other pro-life organizations, RightNow does not shift blame to the Party or the Leader for the failure of B7 in the policy plenary session. The Party staff and leadership did not disallow this policy through the regional meeting, the break-out session or even at the plenary. In fact, it was the first time that this policy has made it to the policy plenary session since the founding convention in 2005, over 13 years ago.

There are 106 reasons and only 106 reasons why B7 failed and that is because 106 pro-lifers did not attend the policy convention as delegates. 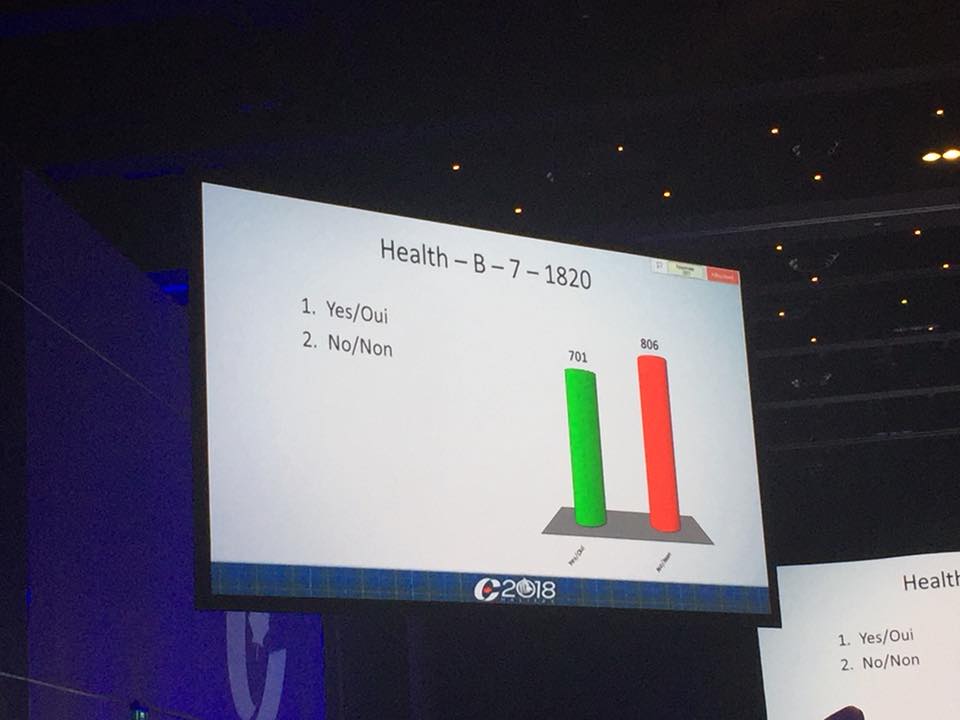 If 106 extra pro-life delegates attended the Convention, then the policy would have passed by a margin of 807-806. In regards to the double majority (the requirement of the majority of delegates from the majority of the provinces and territories), we are confident we had won on the second majority already.

Here is a clip from Andrew Scheer’s interview with Senator Frum at the Convention sharing a piece of advice his father gave him in regards to politics:

If you want the Conservative Party of Canada to be more pro-life and eliminate Article 65, then you need to attend as a delegate. In order to be a delegate, you must:

Please also note that if you are 23 years old or younger, then you can qualify for a youth delegate spot. One of the ten delegate positions for each EDA is reserved for youth. If there are no youth seeking the position, then the spot is vacant and only nine, non-youth delegates can attend for the EDA.

As a youth delegate, you pay a lower convention fee and you only have to contest other youths for the youth spot.

How you can help RightNow for future policy conventions?

In addition to becoming and attending as a voting delegate for the next Convention, RightNow still must invest an incredible amount of time into identifying pro-life EDA presidents, when the DSMs (delegate selection meetings) occur, working with EDAs to pass pro-life policy proposals through the regional meetings and IdeasLab, running our war room at Convention, hosting a hospitality suite at Convention, finding and providing speakers to pro-life policies at Convention, and creating the communications before, during, and after Convention.

This requires hundreds of working hours. Currently RightNow only has two people on staff, which results in about 140 working hours per week (that will give an indication of roughly how many hours Alissa and myself work for RightNow each week, and no it is not an exaggeration). 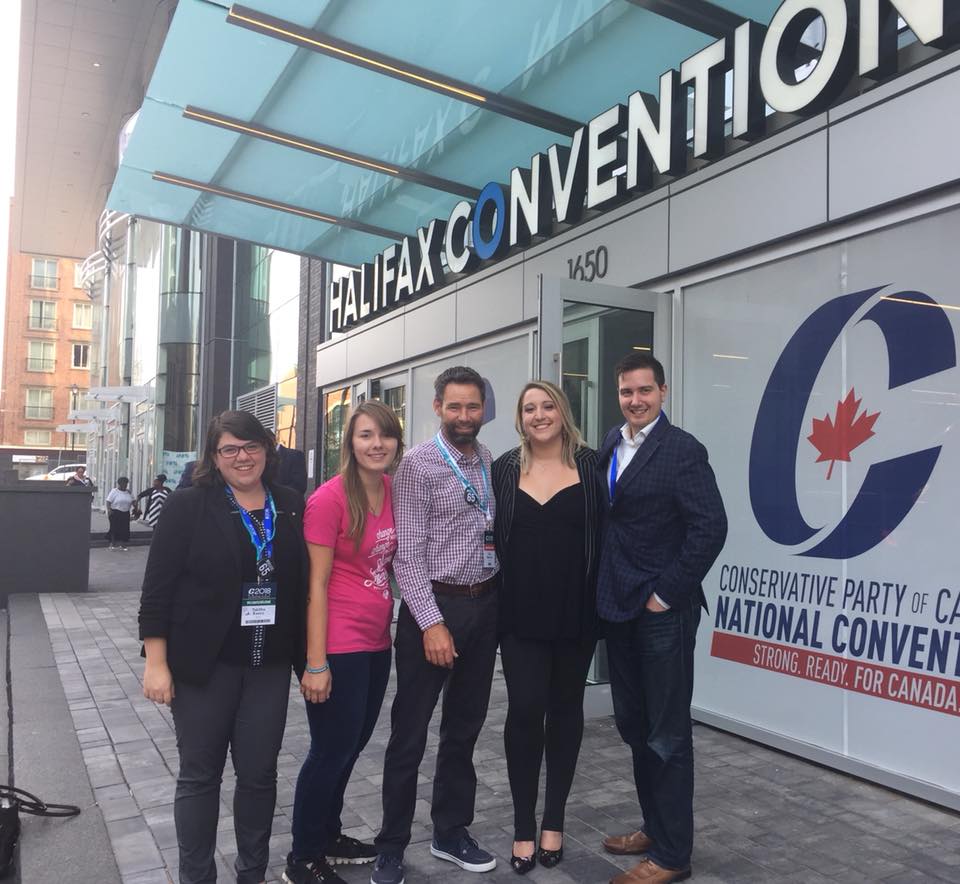 We would ask that you seriously consider making a monthly financial investment in RightNow. With only two staff, we were able to work with other effective pro-life organizations to mount the closest effort ever to making the Conservative Party of Canada officially neutral on abortion.

Every pro-life policy win is an inch closer to the goal line.

Every pro-lifer winning a nomination is an inch closer to the goal line.

Every pro-lifer winning a legislative seat is an inch closer to the goal line.

Politics, like football, is a game of inches and every inch closer counts and matters. But, also like football, politics is a team sport and it is difficult to win any game with only a two-person team. Can you help us expand our team so that we can get across that goal line?